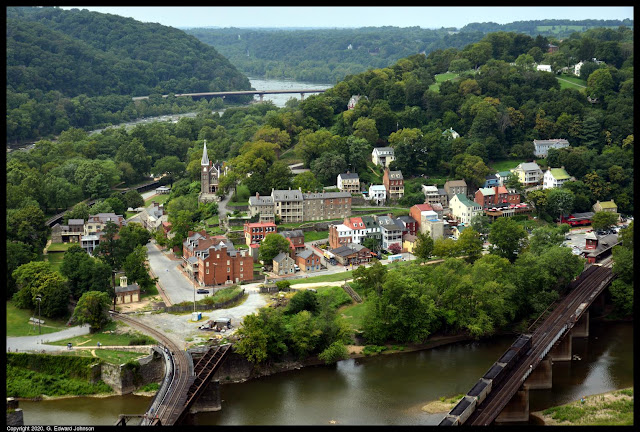 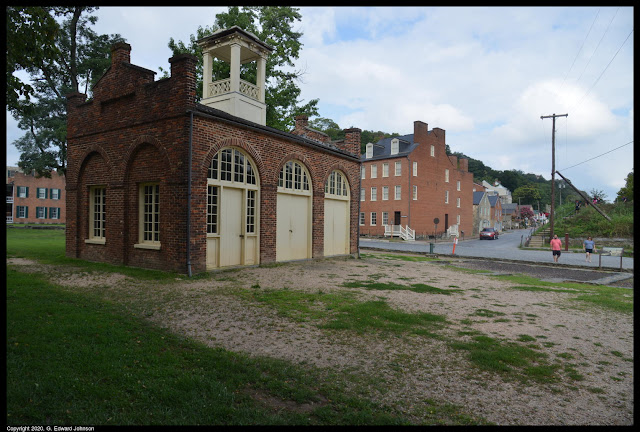 You have probably heard of Harpers Ferry when you learned history in school.  It is the site of the abolitionist John Brown's raid on the US arsenal there. Brown attacked and captured several buildings; hoping to secure the weapons depot and arm the slaves, starting a revolt across the South. The raid ultimately failed when the US army sent an expedition commanded by Lieutenant Colonel Robert E. Lee (who would later become a general in the Confederate army) stormed the fire house where Brown and his men had taken refuge. 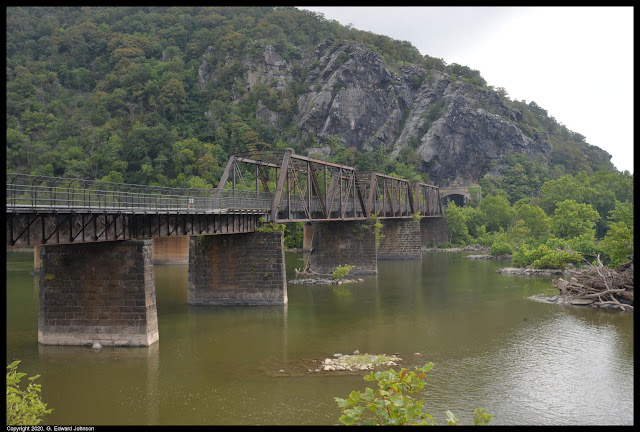 In addition to the downtown area, there are a number of hiking trails and beautiul sights to see.  There are two railroad bridges that cross the Potomac here as well as the piers of a couple of older bridges.  This one was built in 1894 and carries the CSX Shenandoah Subdivision line toward Winchester Virginia. The other bridge is just upstream was built in 1930 and caries the CSX Cumberland Subdivision line to Martinsburg, WV. 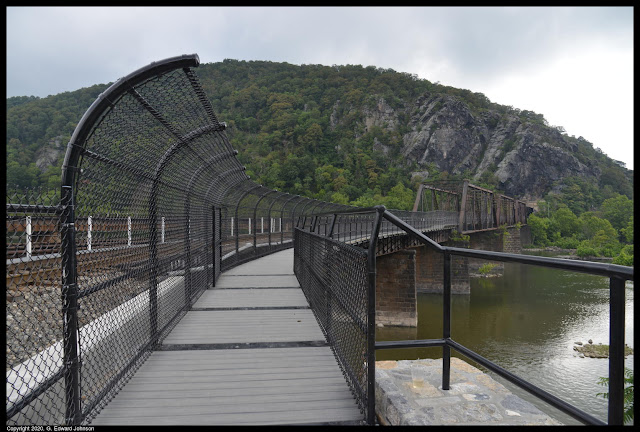 The bridge also carries the Appalachian Trail across the Potomac River.  This crossing was closed in late 2019 because of a train derailment, but the damage was fixed and the trail reopened in early July of this year. 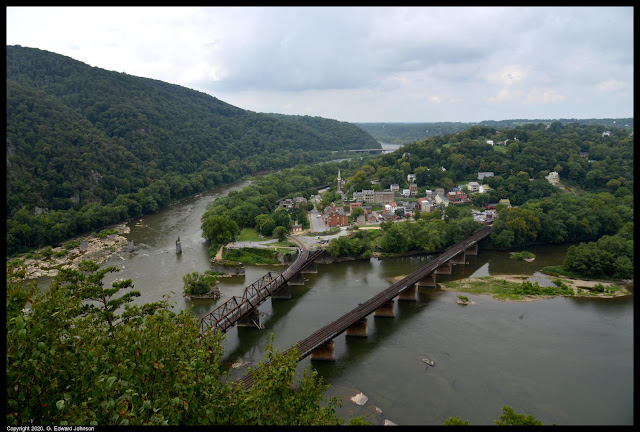 A popular hike is to start in downtowm Harpers Ferry, cross the Potomac on the Appalachian Trail, travel north on the C &amp; O canal a short distance, then take the Maryland Heights trail up to an overlook with a stunning view of Harpers Ferry and the rivers. 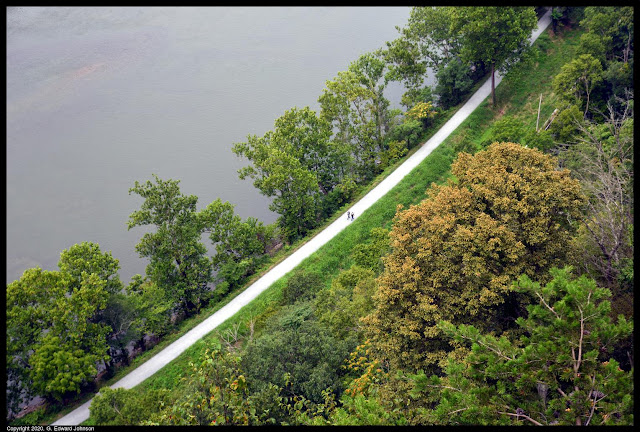 The C & O canal also runs along the Maryland side of the Potomac River.  The canal doesn't have water in it but the tow path is well maintained and is a popular place for hiking and biking. Here we are looking down at the bright ribbon of the C & O canal towpath and the Potomac River.  As seen from Maryland Heights, a large rock outcropping that overlooks Harpers Ferry, WV. 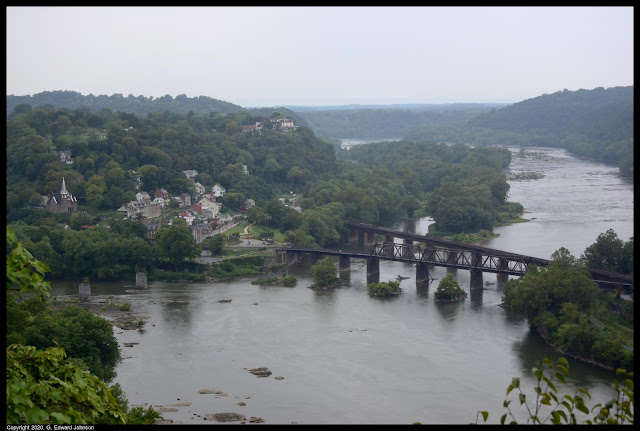 Another hike you can do is to cross the Shenandoah River on the US Route 340 bridge (which is also used by the Appalachian Trail, so there is a separated walkway), follow the trail up the mountain then take a left on the Loudoun Heights overlook trail.  This takes you to an overlook where you can see Harpers Ferry from just below the confluence of the Shenandoah and Potomac rivers.