The Cicadas are Back!

Last night I was walking around Bethesda and noticed a significant number of cicada nymphs emerging from the ground and climbing up trees. 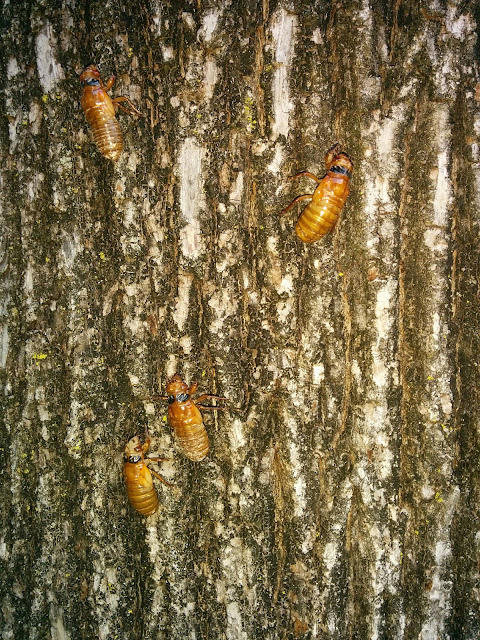 After a while, they started their final molt.  It takes well over an hour from when the first slit appears in the back of their exoskeleton until they are fully emerged. 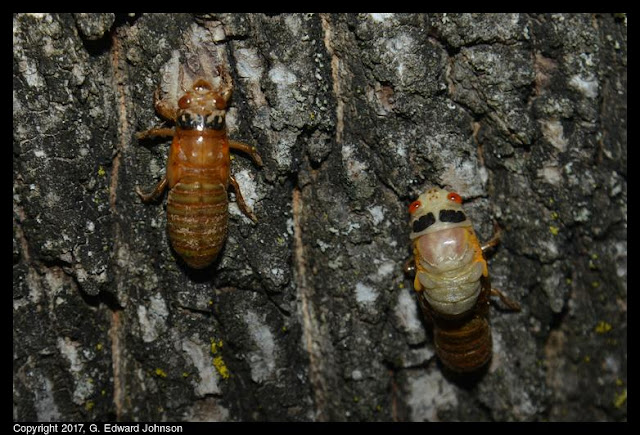 While emerging, they are white and pale yellow.  After they have emerged and rested, their skin will darken. 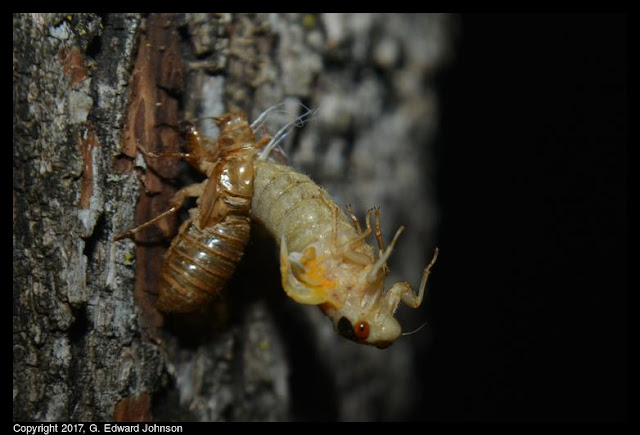 As they emerge, their wings start to expand. 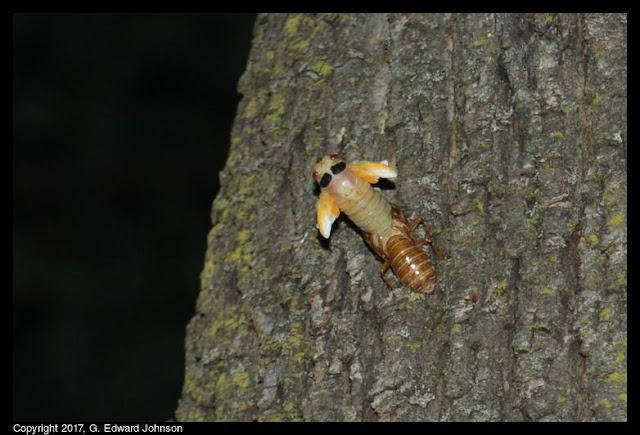 This morning, the ones I had seen last night had finished molting and crawled off.  However, there were still some that had come out during the night.  I found one that was fully out but hadn't finished hardening and darkening. 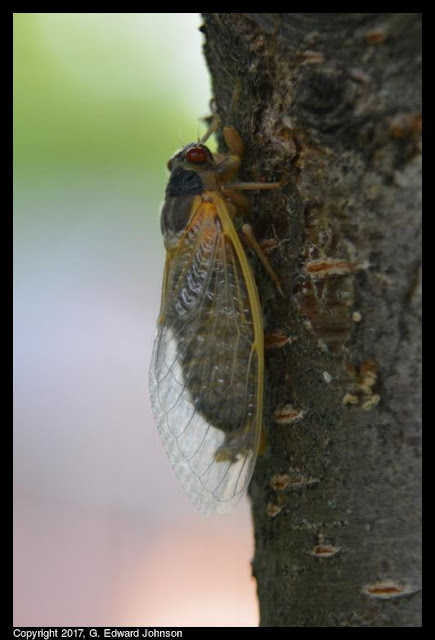 Once they have molted, they abandon their exoskeletons, which are left clinging to trees. 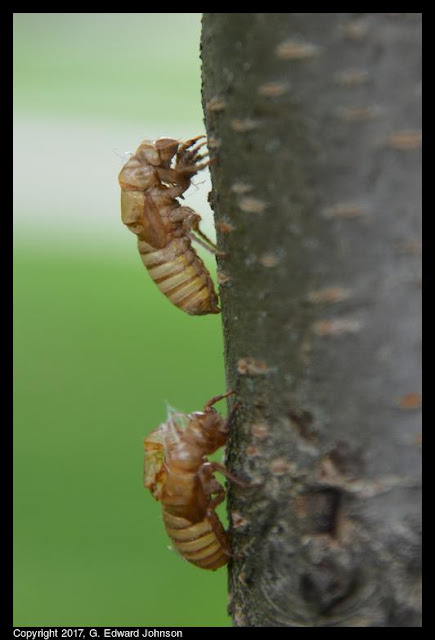 It is too soon for these to be the big batch of 17 year cicadas, they (Brood X) last came out in 2004 and won't return until 2021.  These do look like periodicals (not annual cicadas which are larger).  Looking at the chart on wikipedia, it is most likely that these are Brood VI of the 17 year cicadas.  They aren't listed as being in Maryland so I can't be certain.

Posted by Edward at 8:16 AM No comments: