Curb and drainage work on Fernwood and Greentree

For the past couple of weeks they have been replacing the curbs and improving drainage on Fernwood road near Michaels drive.  For all the talk Montgomery county does about permeable pavement, I hope this is porous asphalt, but it doesn't look like it to me. 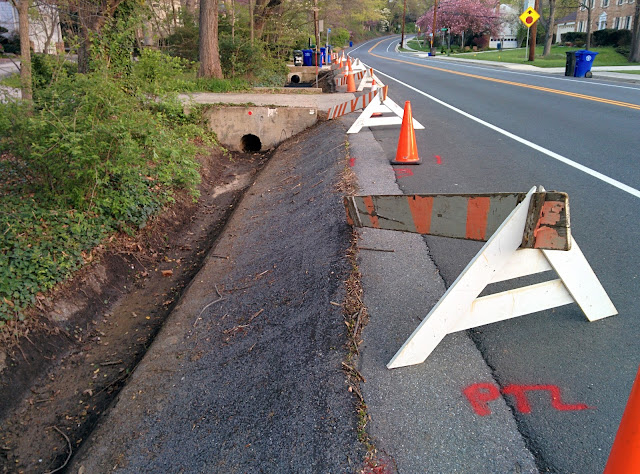 They have now started to improve some of the drainage on Greentree Road near the Bradley Hills Presbyterian Church, clearing out the overgrown and clogged ditch that was there, and in at least one place re-surfacing the bottom of the ditch. 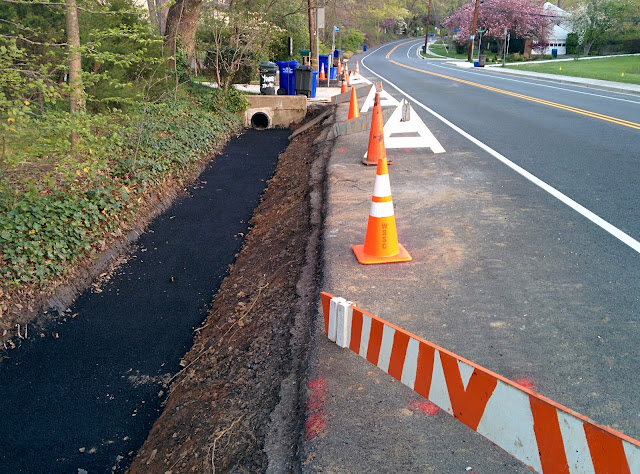 Posted by Edward at 7:11 AM No comments: 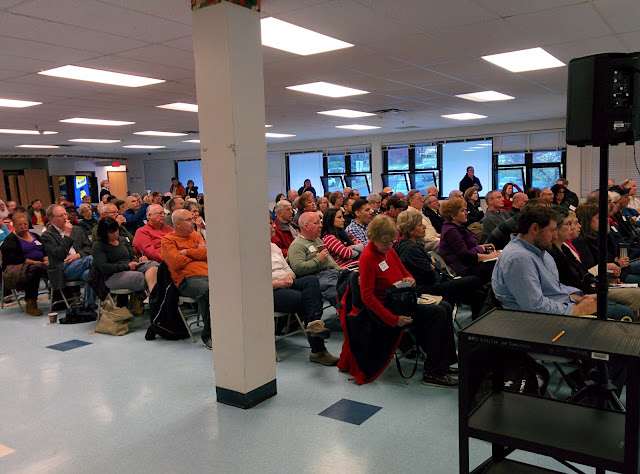 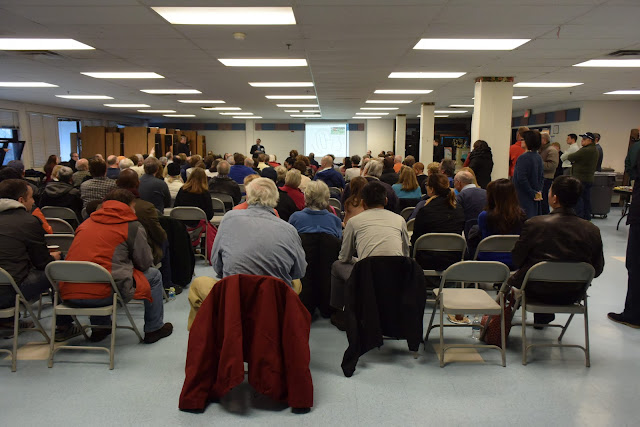 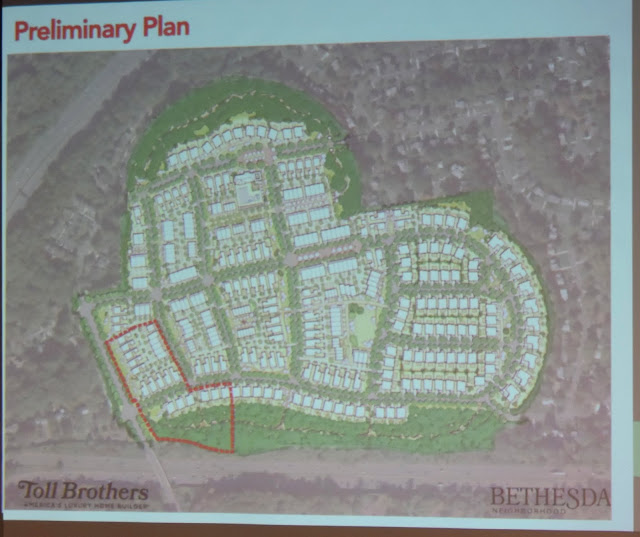 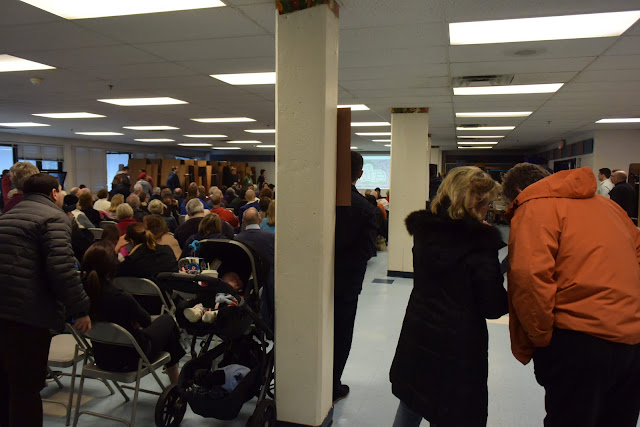 Posted by Edward at 1:15 PM No comments: 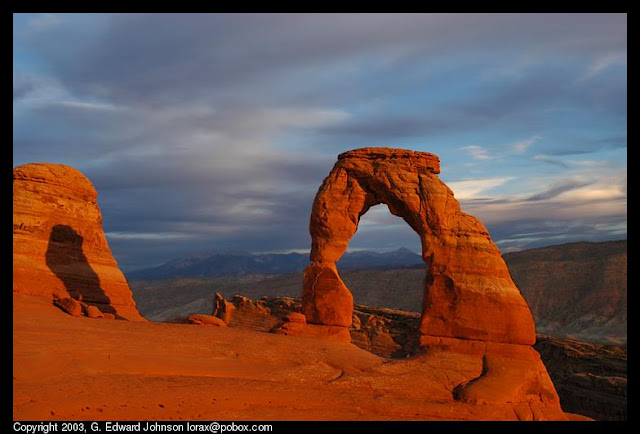 I ran acrross an interesting website called linify.  You upload a picture, and it tries to automatically recreate it with nothing but colored straight lines.  I decided to give it a try with a picture I took of delicate arch in Utah. 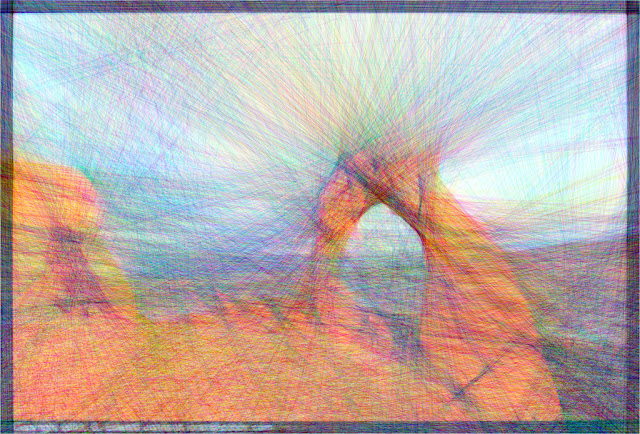 For the first pass I took the defaults, the picture recreated with 2,500 lines.  It looks pretty good, but looses a lot of the detail. 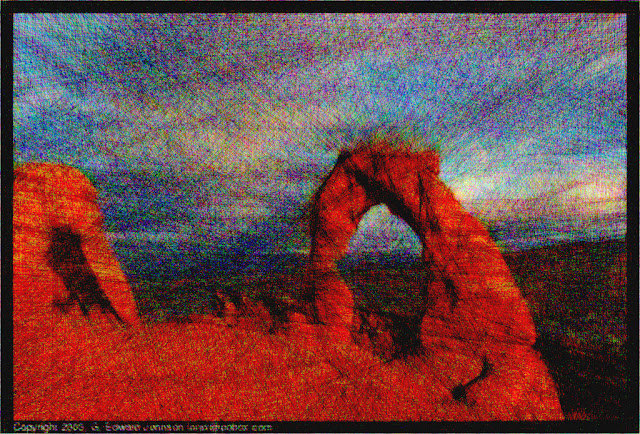 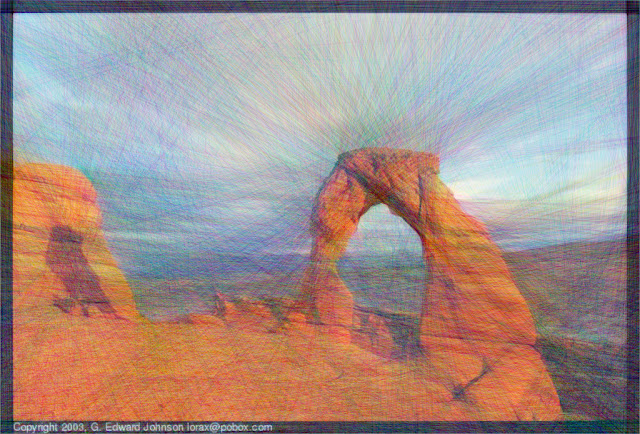 For the final picture I used a pretty common cheat.  I took the first 2,500 line picture and overlayed it on the original, letting about 30% of the original show through.  This gives me the detail of the actual picture but with the straight lines from the redrawing.  I like how the lines are clearly related to the picture and not randomly placed around it.  I like the final picture, but not as much as I like the original.  Non-the-less, it is a neat effect.