What to expect on the roads in Bethesda this morning

I saved some images from the traffic cameras so that you can see how many lanes are open on the roads leading in to downtown Bethesda.  I saved these pictures at 7 this morning.  You can see that most roads are only one or two lanes each direction.  Even heavily used roads like Old Georgetown Road and East-West Highway are only one lane each way.

Posted by Edward at 7:26 AM No comments:

Are Bethesda roads ready for you?

So you've been cooped up in your house/apartment for the past 3 days, your neighborhood road just got plowed and you are ready to get out and get to work first thing in the morning.  But are the roads ready for you?  I drove around downtown Bethesda, MD this evening and the answer is "probably not".  Most of the roads were wet and plowed down to the pavement, but only for one lane each direction.  Even Old Georgetown Road is one lane each way (plus the suicide turn lane in the middle), there doesn't seem to be any place to put the snow.  Even places where it is two lanes don't last long before being filled with piles of snow again.

As more people head back to work on roads that can handle significantly fewer cars than usual, be prepared for delays.

Even the sidewalks are narrowed if they are clear at all.

Posted by Edward at 9:38 PM No comments:

We now have well over a foot of snow here in Bethesda, MD and it much more to come.  I went out this morning to take a look around.  The state and county are doing a pretty good job keeping the roads passable (at least for 4-wheel drive vehicles) and this is helped by almost no one being out on them.  With few exceptions, the only vehicles on the road are state/county plows and private plowing contractors going from job to job. 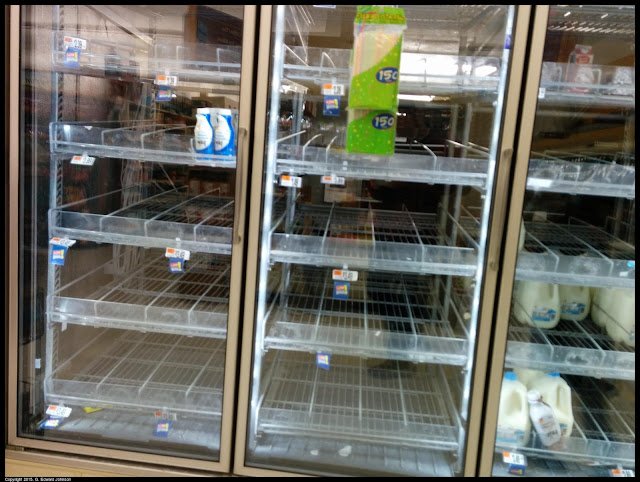 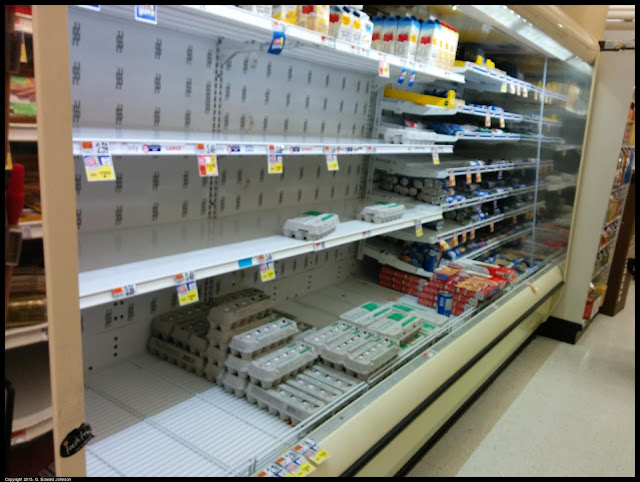 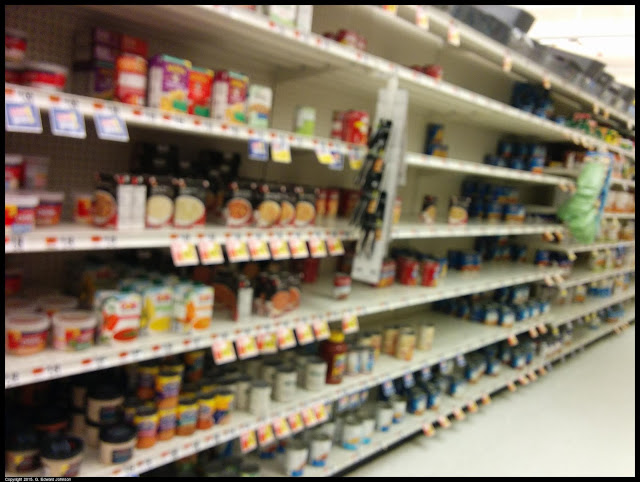 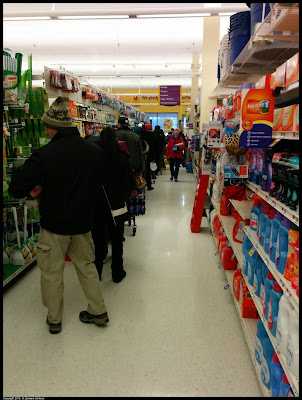 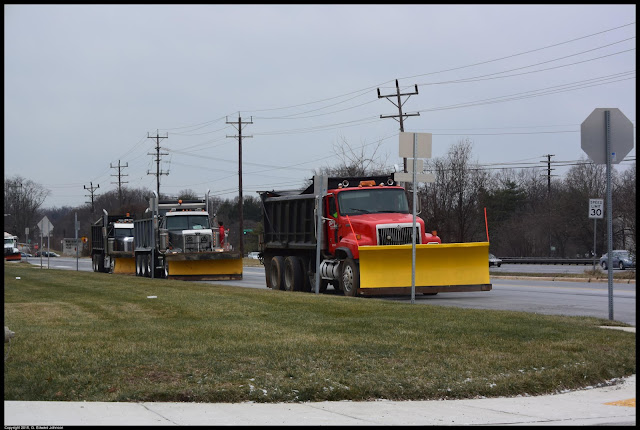 I was recently involved in a discussion about how to make traffic go slower on neighborhood streets.  The main options people put forward were 1) speed bumps, and 2) speed cameras.  I'm not a big fan of either, speed bumps can do damage to your suspension and it makes it harder for emergency vehicles to get around.  Montgomery County also has limits on where and when speed cameras can operate.

It struck me that most people, me included, don't know what the options are for traffic calming and knowing the options might help people decide which ones are most appropriate for a given situation.  There are several general classes, including laws (speed limits), signage, and physical modifications to the road.  I decided to look around Bethesda and start inventorying different physical traffic calming structures I found.

If you know of any others, let me know in the comments.  Include a street name if possible so people can see for themselves how they work.

Posted by Edward at 2:53 PM No comments: