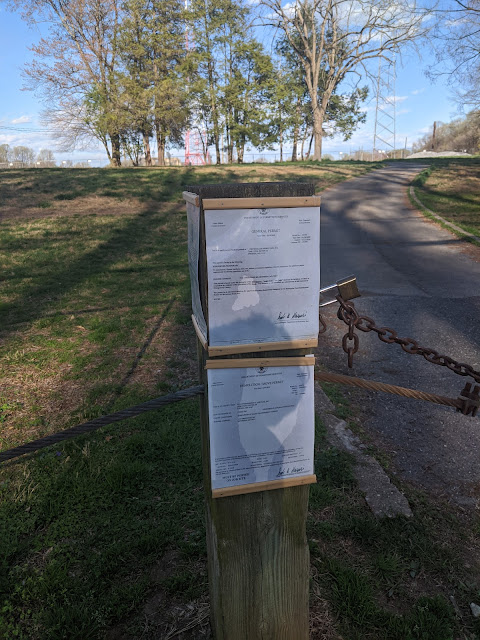 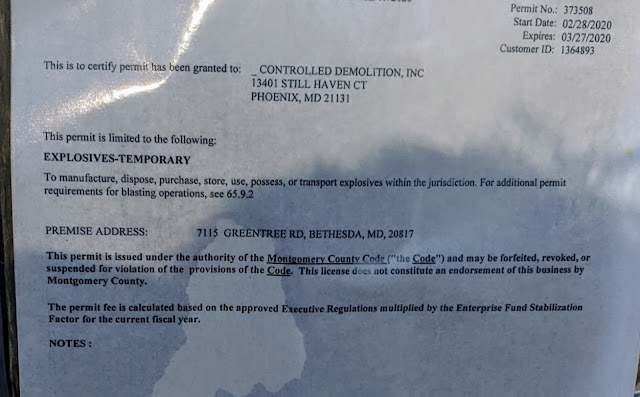 Posted by Edward at 9:44 PM No comments: 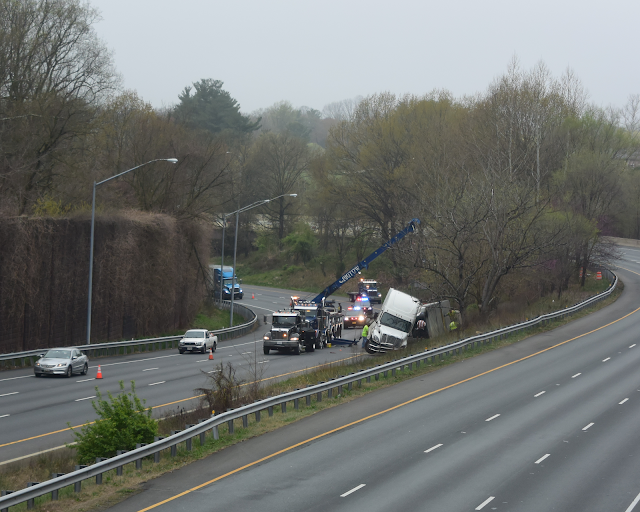 There is an overturned tractor trailer on the inner loop of I-495 after the exit to the I-270 spur (exit 38) and before Old Georgetown Road.  It closes two of the three lanes, keep to the right to get by. 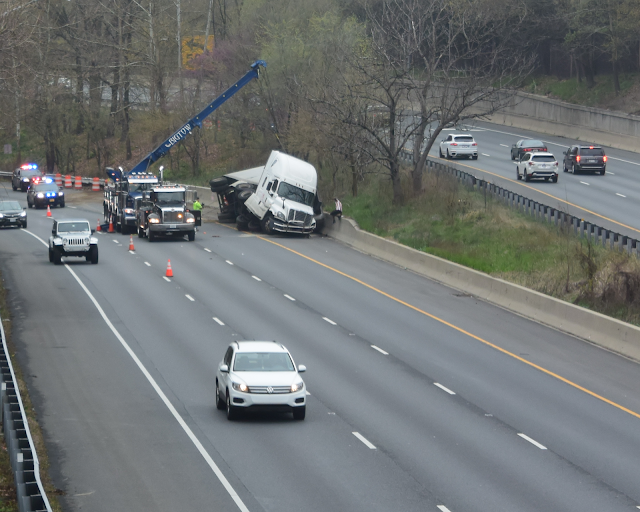 Given how light traffic is on the outer loop, I don't know how much of a backup this is causing, but there are a steady stream of cars making their way past.  A crane is on the scene now preparing to pull the trailer back upright. 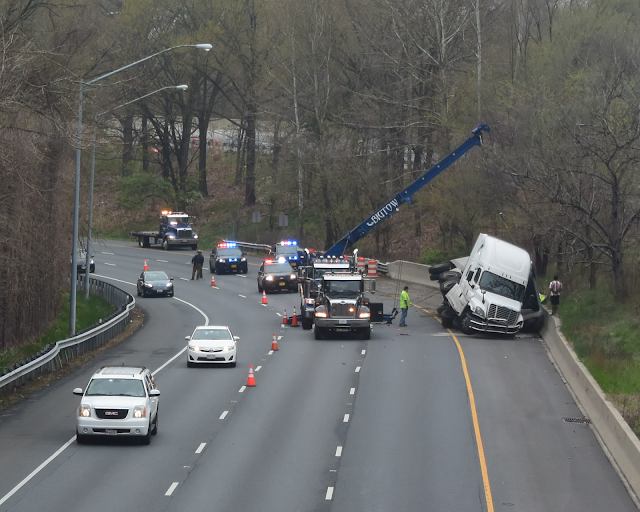 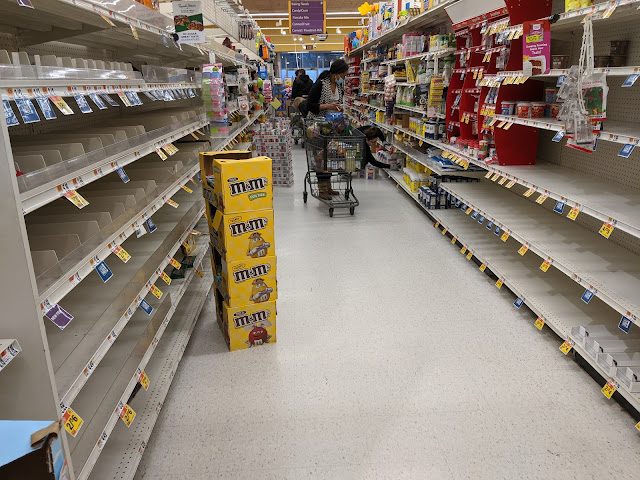 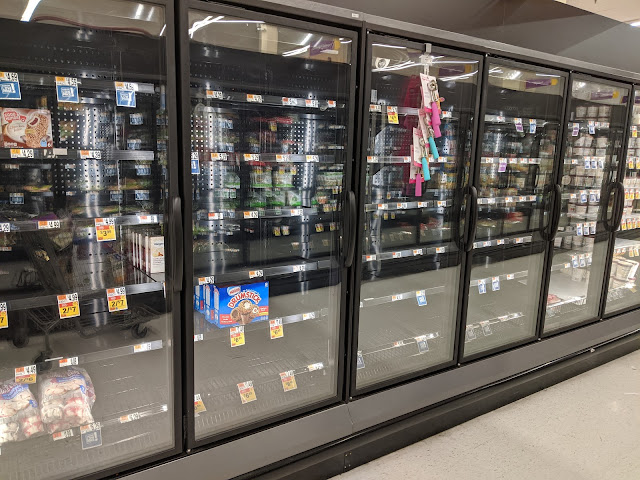 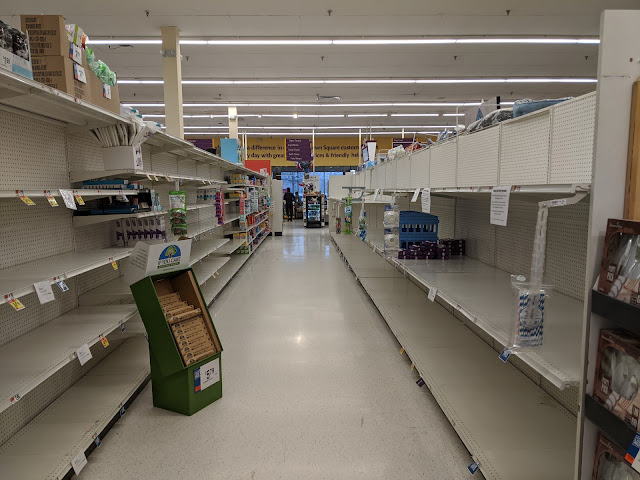 Posted by Edward at 9:08 AM No comments:

How is rush hour?

Yesterday I went in to work during rush hour for the first time since the CoViD-19 restrictions started.  As you would expect, traffic was lighter than a normal rush hour, but how much lighter?  I took these pictures at about 8:50 am, normally the peak of rush hour. 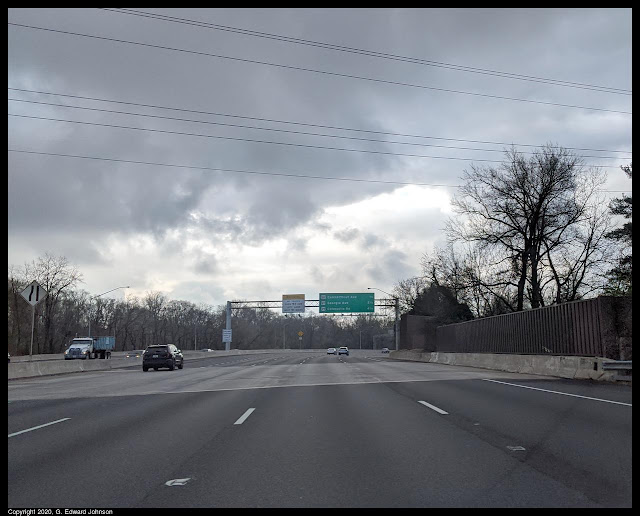 End of MD355 merge lanes: This is usually one of the larger bottlenecks on the inner loop of the beltway, it is where the merge lane from Maryland 355 (Rockville Pike) ends.  People stay in the merge lane (on the left of the picture) up until the very end and it slows the left lane down significantly as they merge in. 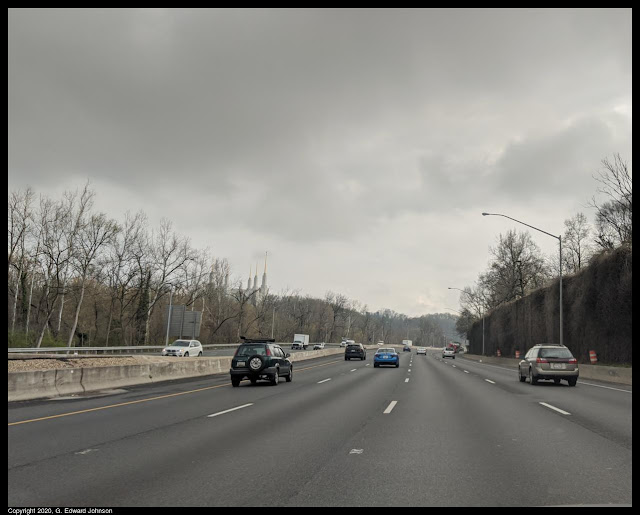 Inner Loop near the Mormon Temple: This is between Connecticut Avenue and George Avenue, you can see the Mormon temple in the distance to the left. You can see the outer loop traffic is also much lighter than usual. 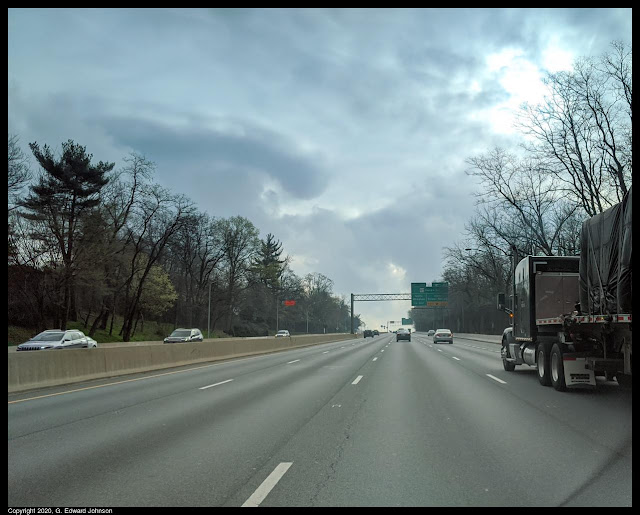 George Avenue exit: Another common slowdown, this is approaching the exit for Georgia Avenu (MD 97) in Silver Spring.  Not very crowded today.

Posted by Edward at 9:21 AM No comments: 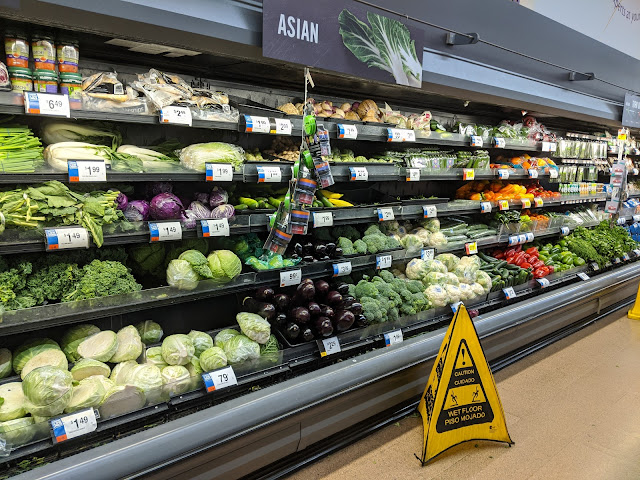 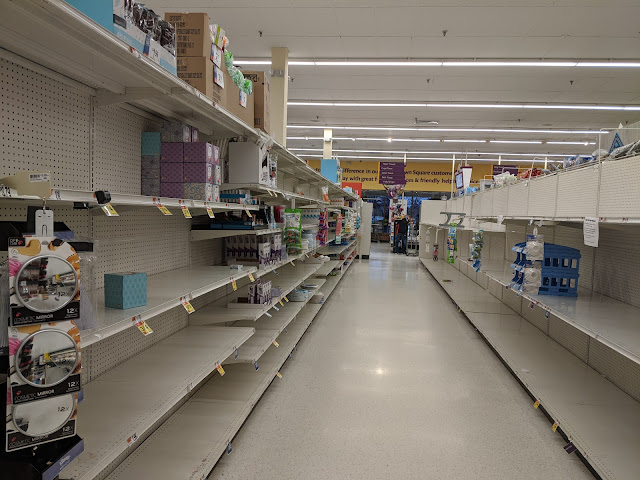 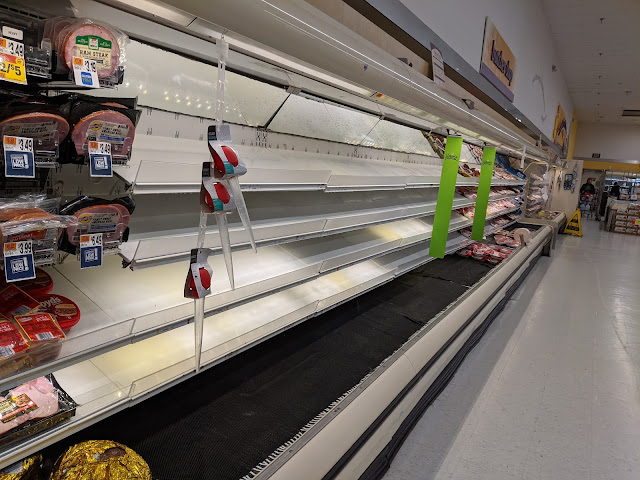 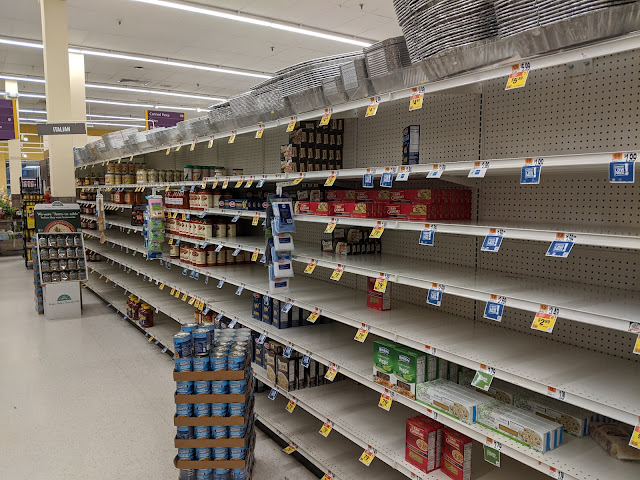 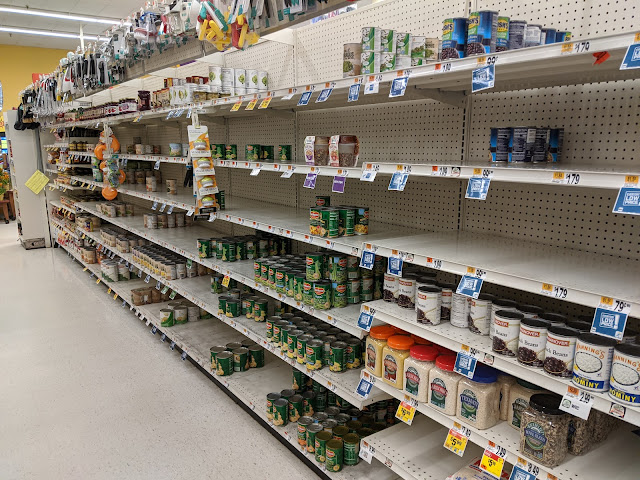 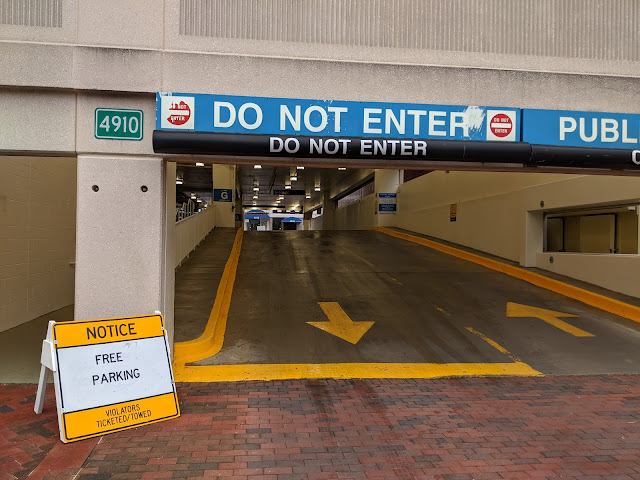 As part of the county's response to CoViD-19, parking is temporarily free at the parking garage that opens to Del Rey Avenue and Auburn Avenue.  They also have created some free curbside pickup zones to help with picking up food from restaurants.  No word on how long this will last. 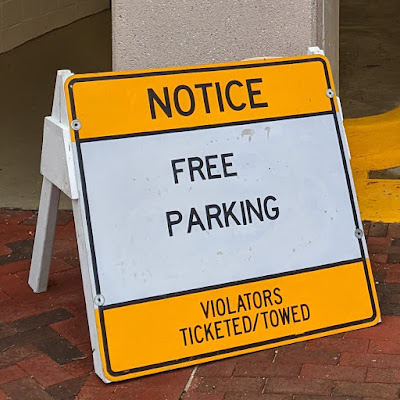 One question I have though is: How do you violate free parking?  If you try and pay will they ticket you?  I suppose the county has more important things to do than clear up this conundrum.
Posted by Edward at 2:44 PM No comments:

So I went to the grocery store this morning.... 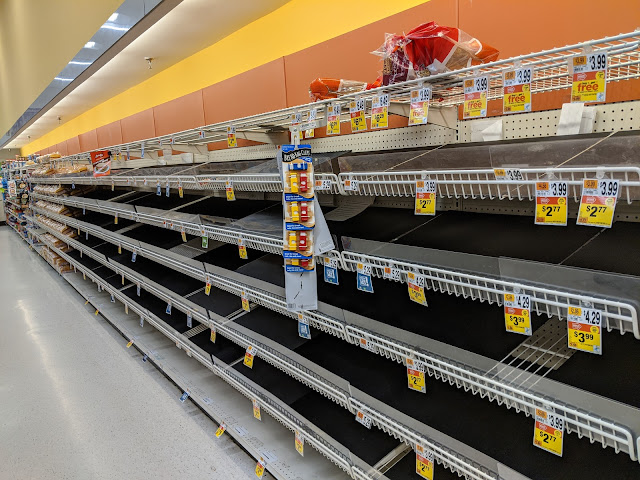 I went food shopping early this morning and I would say there is no reason to panic about empty shelves.  Yes, there were a lot of products that were out, but it seemed to be more about them being able to restock fast enough.  Take the above picture, it looks like there is no bread right?  But it it because there is a shortage or just because the daily bread delivery hasn't arrived?  I believe it is the latter, because if you look closely you see there is bread at the far end of the shelf.  That is the full stocking of Martin's potato bread products (sliced bread and various types of rolls). 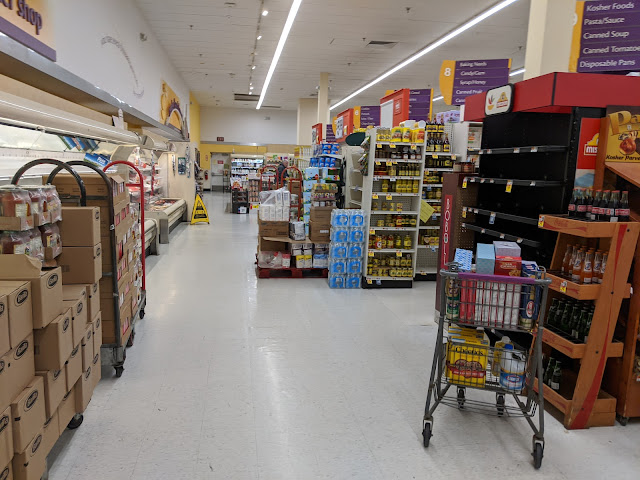 While I was there I saw about 8 people stocking shelves.  The two cards on the left of the above picture is full of pasta sauce and pasta noodles, straight ahead is a pallet of flour and sugar.  I also saw a pallet of various types of tomatoes at the front of the store and two employees were getting ready to restock the prepared lettuces and salads. 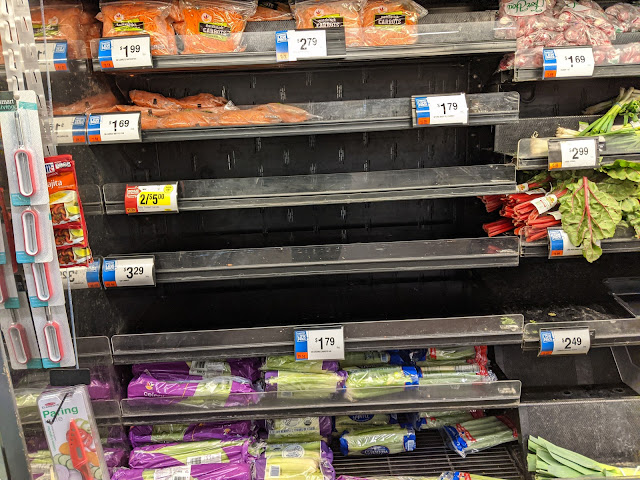 At the time I was there they only had matchstick cut carrots which was disappointing.

I also found it interesting that there was no organic milk but plenty of non-organic milk.  I don't know if that is a commentary on the people who live in Bethesda or if they had just re-stocked one type of milk and hadn't yet got to the other. 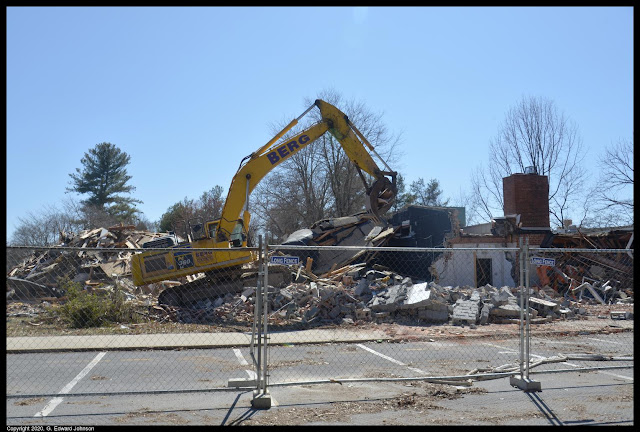 The demolition has started on the old site of Whittier Woods Elementary school located on Whittier Blvd in Bethesda, MD. 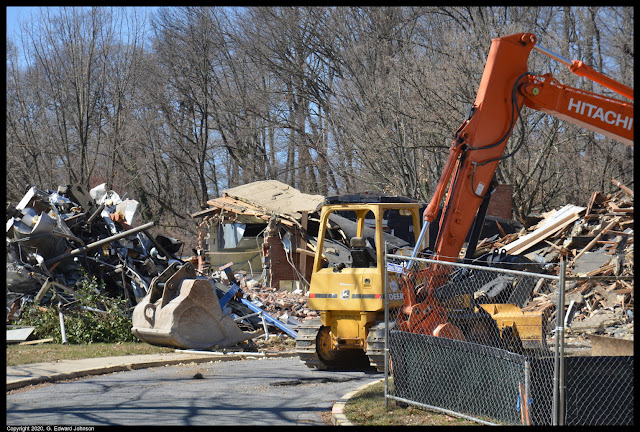 The building is being torn down to make way for the expansion of Walt Whitman High School next door.  When completed the addition will house a dance studio, five science labs and 18 classrooms and will also have a courtyard area. 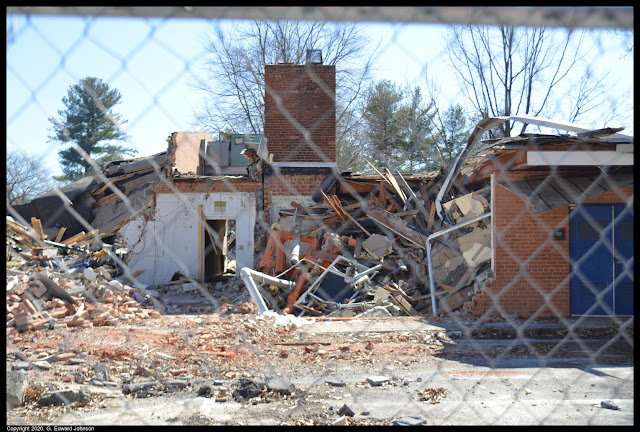 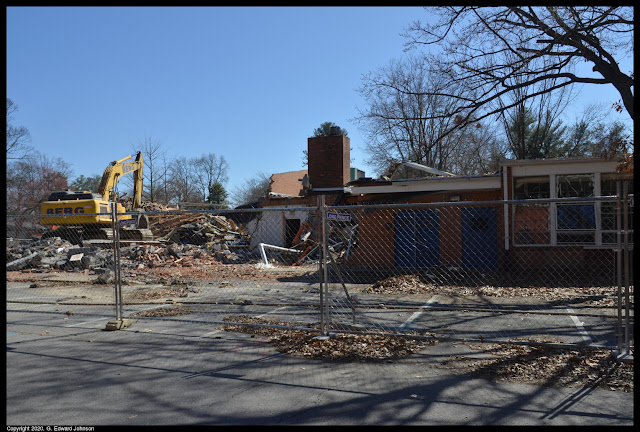 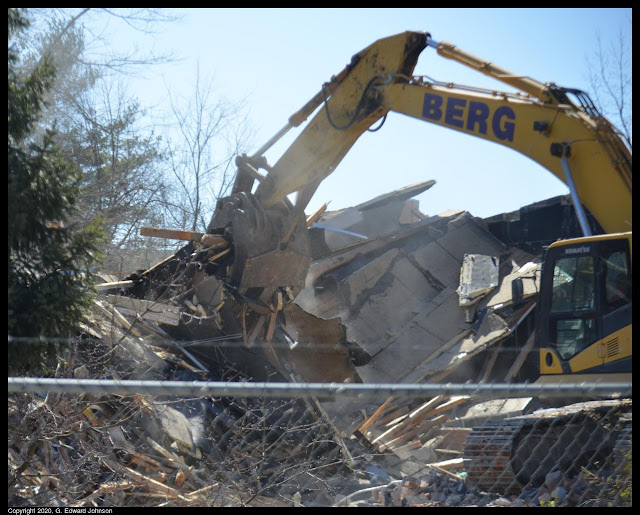 This Saturday the demolition was still proceeding, moving debris and sorting the metal from the rest. 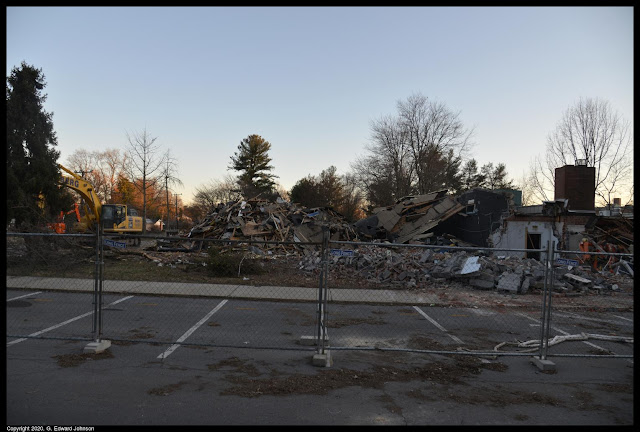 By the end of the day all was quiet and there were piles of neatly sorted rubble.  Bricks in one spot, metal in another, and a big pile of wood and miscellaneous construction bits.  There is still part of the building standing so they are not done.

Posted by Edward at 7:49 PM No comments: