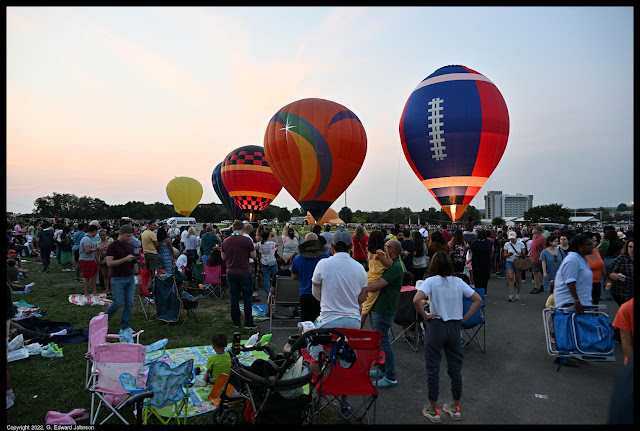 The DC Hot Air Balloon Festival is this weekend (More information at that link). They have balloons, balloon rides, crafts, food trucks and music.  I went yesterday, but it continues today. 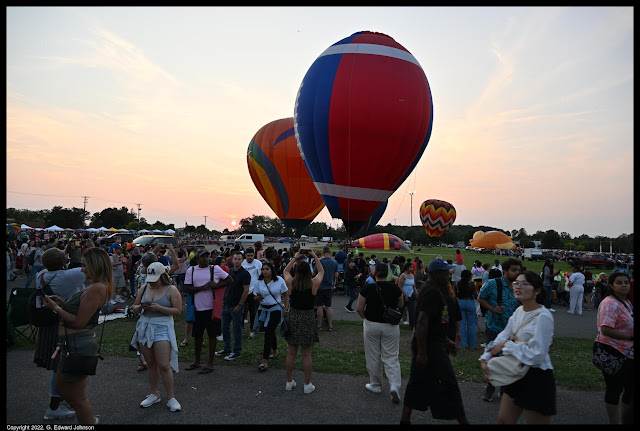 Gates open at 3pm, but they don't inflate the balloons until the winds are calm enough, yesterday they started just before 7pm. I decided to get there around 6pm but traffic to get onto the grounds was a mess, it took me more than half an hour of waiting in traffic to get to the gate.  I'm sure going early would have made it better.  Also, you can buy your tickets online or at the gate, but the lines at the gate where huge, definitely buy online before you go, it makes it much faster.  I wanted to get a balloon ride, but by the time I got there over 1,200 people were ahead of me in line (you hold your place via your phone so you don't need to stand in line the whole time).  By the time I left after 9pm, there were still more than 1,000 people in front of me, but I don't know how many of them had given up and gone home.  In summary, go early but be prepared to wait for the balloons. 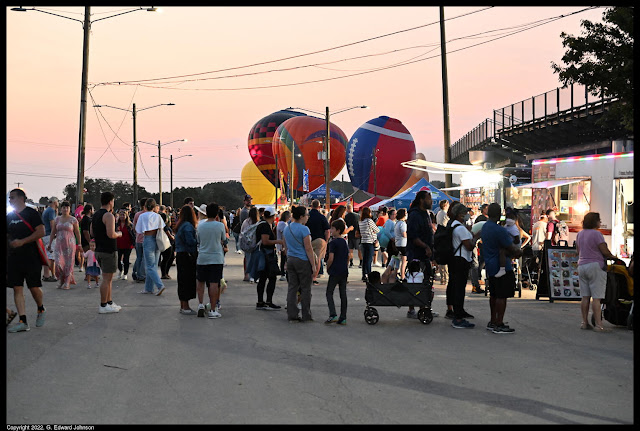 They had a lot of food trucks there, well over a dozen, but the lines for all of them were long and slow.  I waited about 45 minutes for food.  I'd suggest bringing a picnic dinner with you, it would had made my trip more interesting. 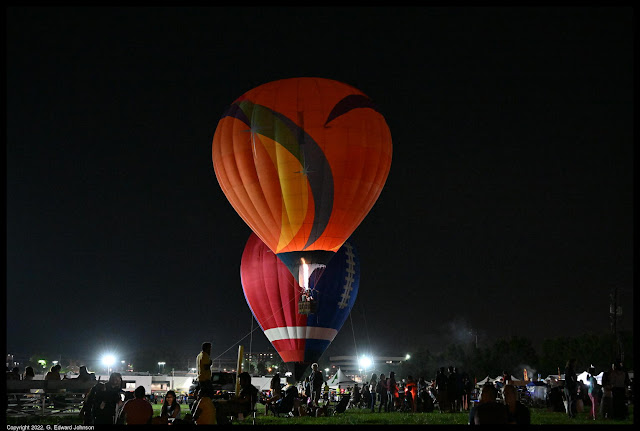 Once the sun set they had a laser light show (I didn't get pictures because I was in a food truck line then was eating). All the while people are going up on balloon rides which continued for as long as I was there.  Watching the jets of fire and balloons going up and down is pretty relaxing. 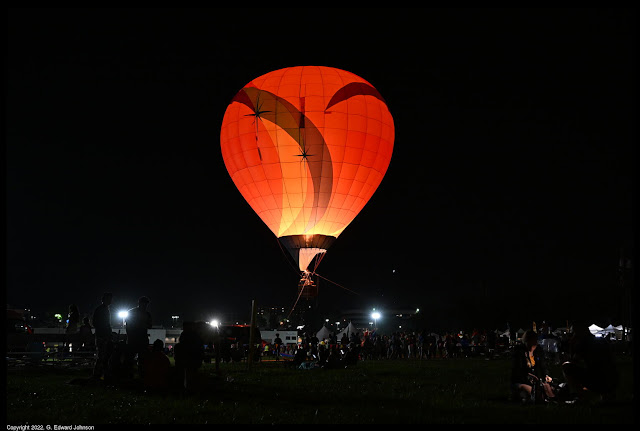 Every once in a while they would give the balloon a short burst of flame and the whole thing would glow brightly.

So should you go?  I bet if you went with a group, you could have fun hanging out and watching the balloons.  I'd definitely plan on staying late to watch the balloons in the dark.  Also, bring food, get their early to avoid the traffic to park, and buy you tickets online to save time at the gate.  If you want a balloon ride, get there as soon as the gates open.

Posted by Edward at 9:39 AM No comments: