When will Elm Street Park be finished? 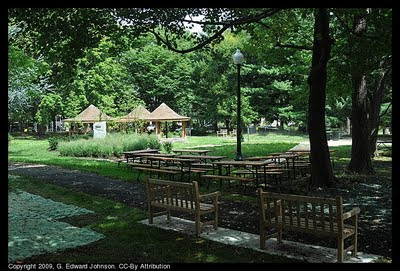 Five months ago they started updating part of Elm Street park, I wrote about it then. In mid June I wrote an update. It looked like they were on track to finish the park in July. I even found this Gazette article. What happened after that? It seems not a whole lot. I have been going by there now and then to check up on it and they really haven't done much. The landscaping is done (and has been for two months) the last walkway was paved, and the new picnic tables are out of their boxes, but....

The picnic tables still aren't in position and the whole area is still blocked off. The only recent activity has been to put down some grass seed, if they are waiting for it to grow it will be another month or two until everything is ready. 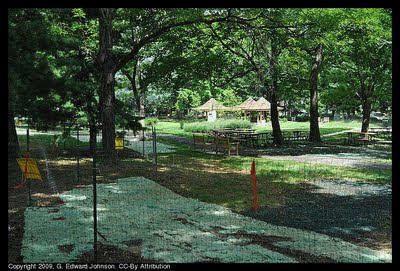