Fire Dept called to "The Chase" on Edgemoor Ln in Bethesda 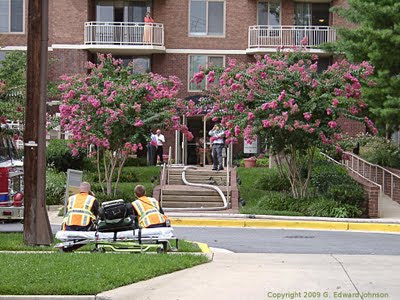 Today, a little after 1pm the fire department was called to "The Chase" apartments at 4903 Edgemoor Lane, Bethesda, MD. There was a vigorous response including several ladder trucks, a rescue squad, and various support vehicles.

I didn't see any sign of a fire and the building was not fully evacuated but the fire dept. had pulled out quite a bit of hose and turned the water on.

The activity closed Edgemoor Ln as well as Arlington Rd in the direction of Old Georgetown Rd near the Bethesda Library. As of 1:50pm both roads remain closed.

Update 2:35pm: All roads now opened, most of the equipment has left the scene.

Update 8/7: I have added a couple of pictures. 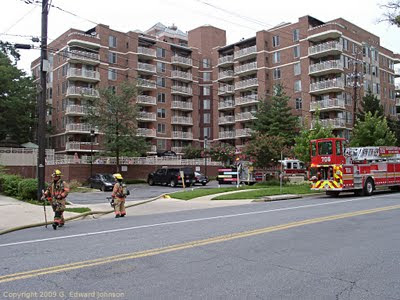