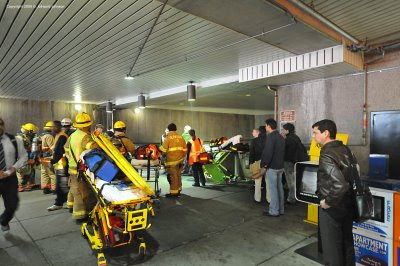 Twitter tells me that a metro train derailed near Bethesda Metro station (Bethesda, MD) Lots of emergency equiptment on the scene.

It closed the metro station as well as the bus bays (fire/rescue parking there), two southbound lanes of MD-355 (Wisconsin Ave) and one lane of Old Georgetown Road northbound.

WTOP reports that the last car of one train and one car of another train derailed coming into Bethesda station.
Posted by Edward at 5:15 PM