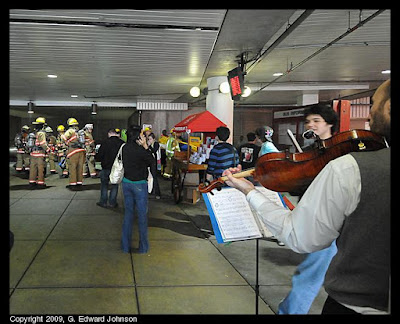 Following up my last post about the incident at Bethesda, MD Metro station...

According to metro officials, around 4:30 a train traveling towards Glenmont with 84 people on it had mechanical problems and another train was sent to help. The last car of the original train and the first car of the helper train derailed (I guess that means the second train was pushing the first).

As you might imagine, this caused major problems. Although no-one was injured, they had to single-track around it and closed Bethesda's subway station. The fire/rescue response also caused backups on the surrounding roads. 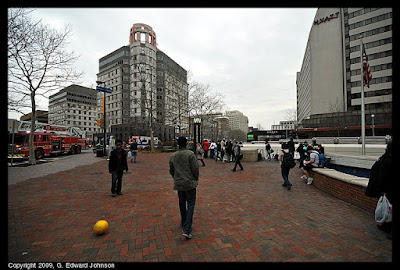 Disruption at Bethesda. Trains are sharing the same track between Medical Center and Friendship Heights due to track maintenance. Expect delays in both directions.

No mention of the problem that caused them to do the track maintenance, though most of the local news places have a story about it.

Here are some more pictures I took earlier today. 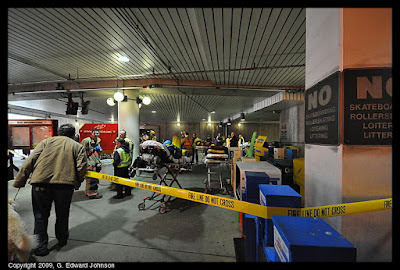 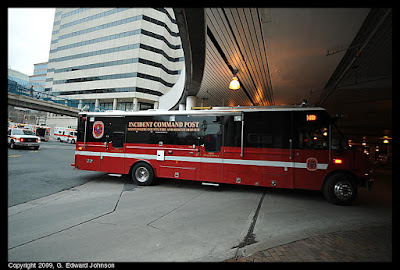 update 3/28 7:50am
It looks like track repair will take a while so if you are using the red line today or tomorrow be prepared for delays. I find it interesting that metro's alert now says they are single tracking for "scheduled track maintenance", Yeah, scheduled around 5pm yesterday when the train derailed. Their alerts go to great lengths to minimize what happened.
Posted by Edward at 11:04 PM