The Trucker's protest convoy makes it to Bethesda 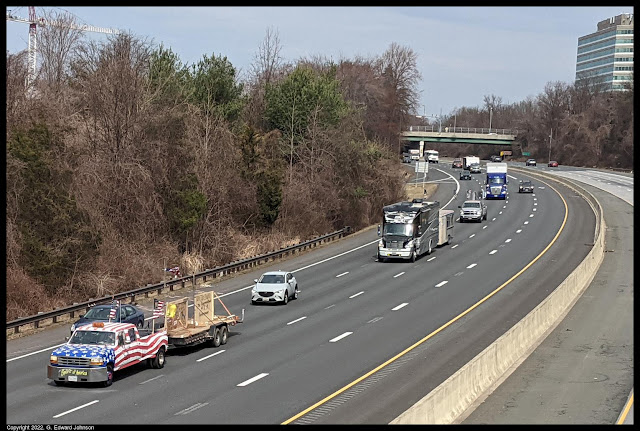 The trucker's convoy protesting Covid restrictions made it's way down Interstate 270 through Bethesda just after noon today.  It wasn't just tractor trailers in this convoy, there were dump trucks, pickup trucks, RV's and cars too. 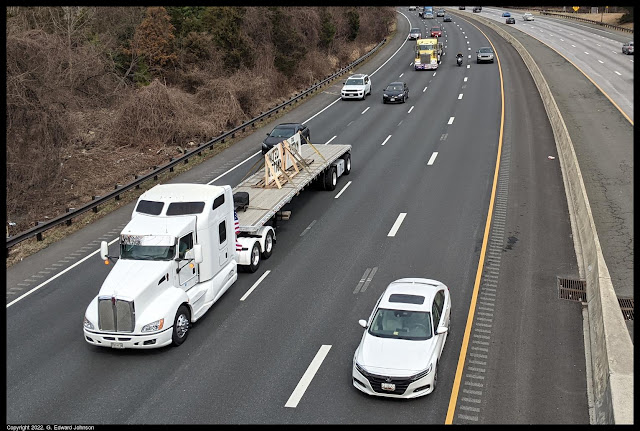 They were generally going around the speed limit and not interfering with other traffic.  Once they did slow to a stop for a short time but that was most likely because of the general traffic in the area. In addition to plenty of United States flags there were trucks with Trump flags, flags that said "Let's Go Brandon", and some "2022 Freedom convoy" flags, as well as many other flags.  As they came up to the bridge many of them would honk their horns. 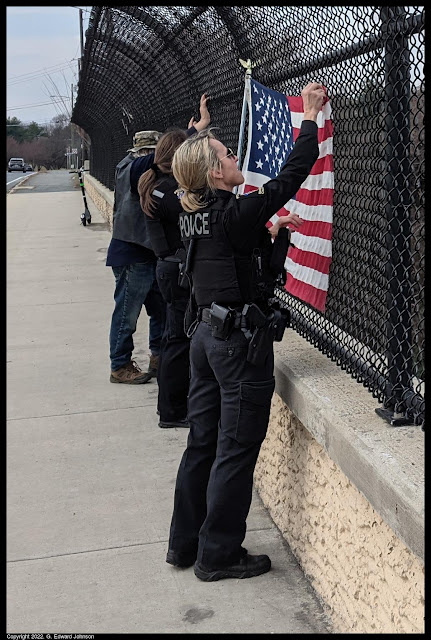 I was at the Democracy Road overpass and there was another guy and two police officers.  Before I left, another officer and another man had arrived.  The two police in the photo above were holding up a flag, taking selfies with it, and occasionally waving to the trucks going by