The construction of the new Hilton Garden Inn hotel on Waverly Street in Bethesda, MD has been an ongoing affair for quite some time now. It hasn't been without problems either, in May they had issues with the construction causing a blizzard of Styrofoam in the area. At long last, the problems are behind us and the hotel is open. I have been watching the construction for over a year, it started around January of 2008. Here is a retrospective of the building going up.

January 2008
This is almost a 'before' picture. They have put up construction barricades but they haven't started demolishing the pre-existing parking garage. 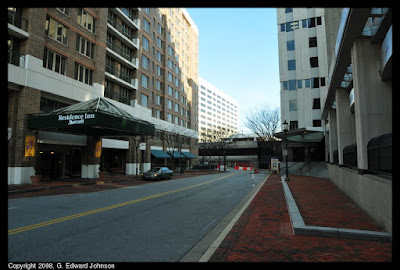 April 2008
They have pulled the old parking garage down and put up plastic sheeting so cars in the rest of the garage won't get debris from construction on them. 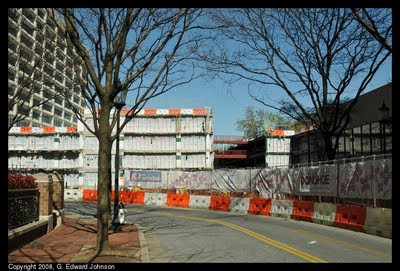 July 2008
This is a view from the remaining parking structure looking down at the bare dirt they are building the hotel on. 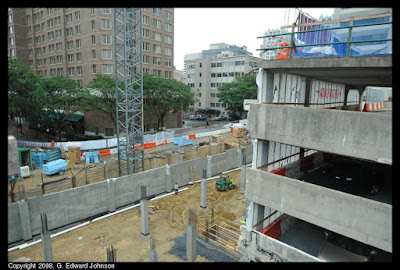 October 2008
They have the first 6 or so floors built. 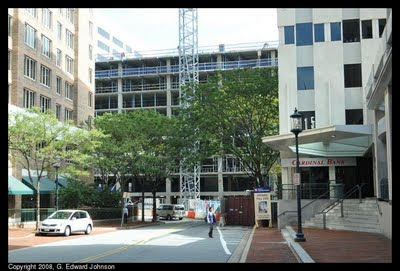 November 2009
Lots of visible progress, 12 floors and they are starting to put on the exterior. 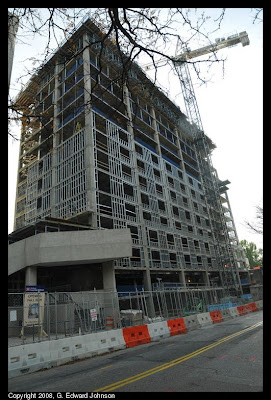 December 2008
The exterior walls are going on and most of the building is covered in what looks like yellow insulation. 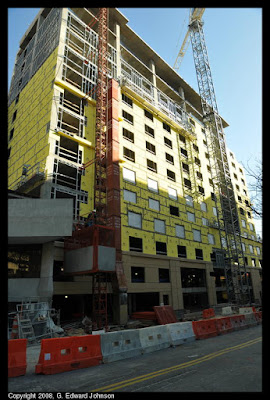 May 2009
Looks about done doesn't it. Still months to go before it opens though. 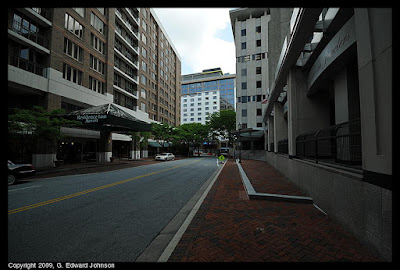 July 2009
There is still a lot of work to be done near the ground. 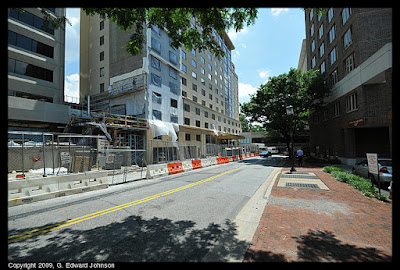 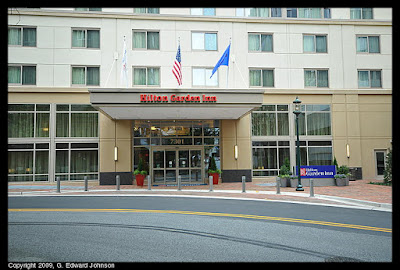 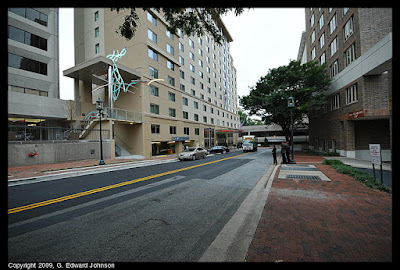