Montgomery County Planning Board approved a recommendation for a Tai Chi court at Cabin John park in Maryland. The proposal is to build a 40 foot in diameter court out of black and white flagstone with Benches and trees along the edge of the court near picnic shelter "H" which is near the miniature train station.

It will be built as a public/private partnership with the Wu Wei Tai Chi Club and will cost from $60,000 to $70,000. The club has already raised $10,000, now that the project is approved they will raise the rest of the money.

Update 5/31
I believe the spot of the court will be to the right and behind the picnic shelter in this picture, where the people are playing. 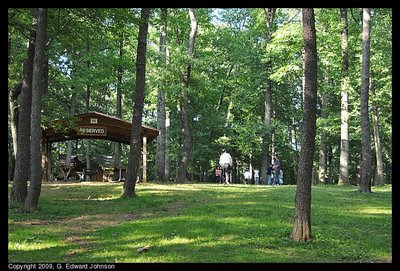