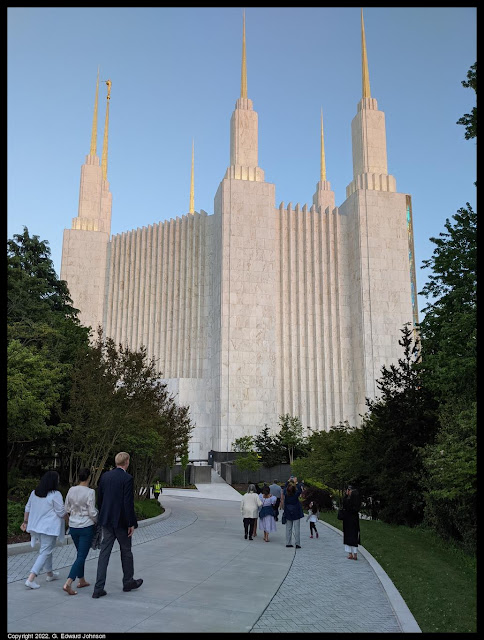 The D.C. Mormon Temple is open for visitors from now through June 11th.  This is a rare opportunity to see the inside of a temple of the Church of Jesus Christ of Latter Day Saints.  After June 11th the temple will be rededicated and only LDS members will be allowed in.  You can find out more about how to visit at their DC Temple open house site.

This is not the first time the temple has allowed visitors.  When it was first built and prior to it's use there was an open house, but that was in 1974, so this is a a very uncommon event, it is only happening now because they just finished extensive renovations of it.

I went yesterday and it was a lot different than I expected.  I had thought it would be more like a cathedral with a huge, high-ceilinged common room, but it isn't. There are multiple floors in the temple, each largely dedicated to a different use.  The tour is self-guided but you are following a path, with plenty of knowledgable people around if you have questions (like since there is a sealing, can their be an un-sealing? [answer: yes])  You can see the tour information here and on the tour you can get a paper copy of that information.

You can't actually see every floor.  The top floor for instance is closed, but I was told that is a large gathering room with chairs and a pulpit.

You also are not allowed to take pictures inside the temple, which is why I only have exterior shots.  However, at the tour information link above there are interior pictures. 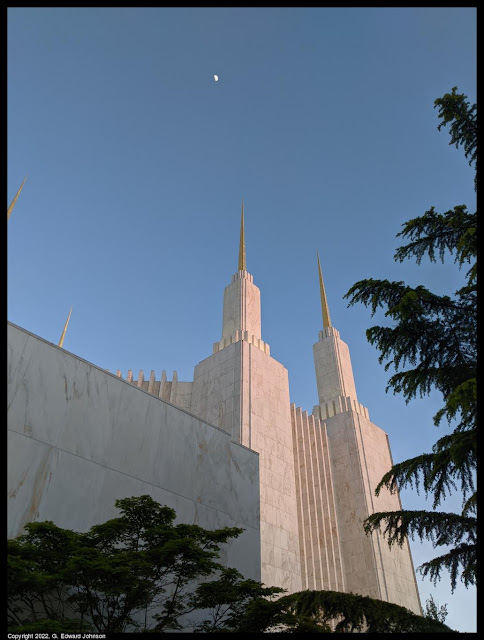 Even though I call it the "Mormon Temple" because that is what I grew up with it being known as, officially that is not it's name.  In 2018, the LDS church decided that the word "Mormon" didn't convey what they wanted.  Here is a quote from the FAQ:

The reference to “saints” in the name of the Church references the Apostle Paul’s use for people who try to follow Jesus Christ’s teachings.