More houses at the Amalyn development

There has been a lot going on at the Amalyn housing development at the site of the old WMAL radio towers in Bethesda, MD.  At least six houses are far enough along in the construction process to have the green walls up.  Here are two that are right next to each other. 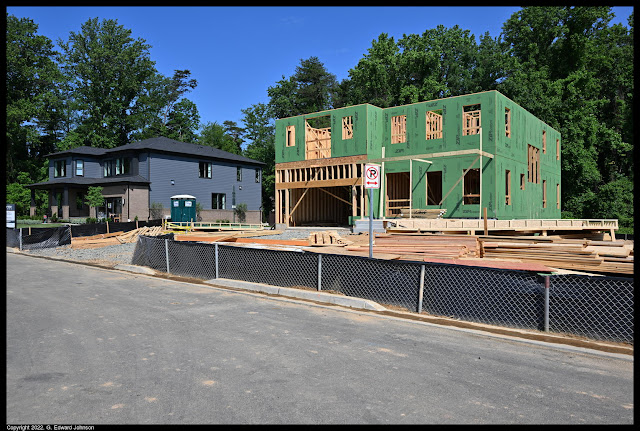 Right next to the grey model home is another house under construction.  Green walls, no roof. 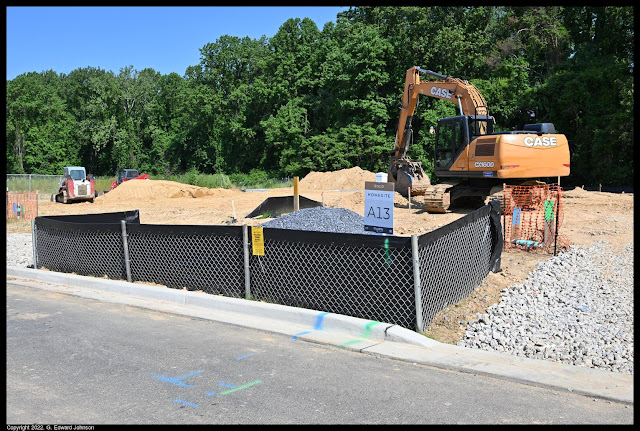 Quite a number of lots have been laid out, some have a sign saying they are available, others, like this one, are sold. Construction hasn't started here, but some of the sold lots have the foundations in progress. 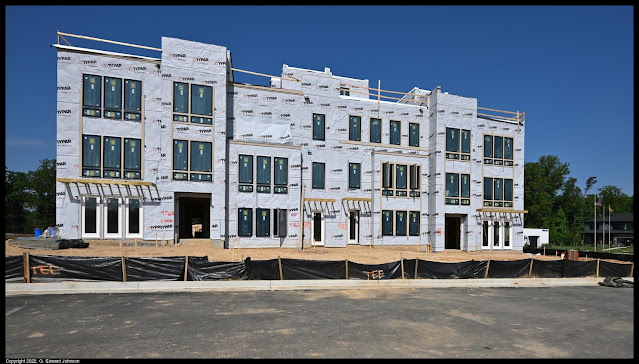 The townhouses are still in progress, with the white building wrap and windows in.  I'm a bit surprised that they haven't made more progress, my April update showed the walls were up even then. 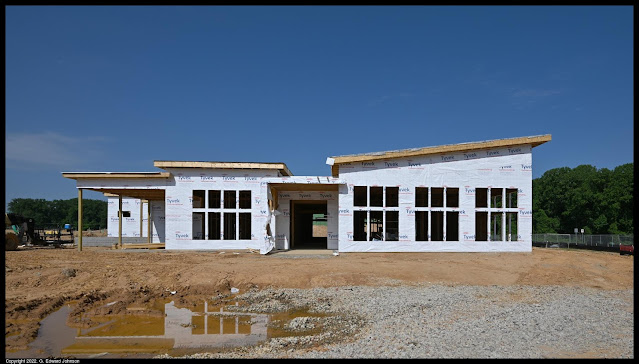 The clubhouse, which was just a concrete pad in April now looks like a real building, the roof and wrapped walls are up but no windows yet. 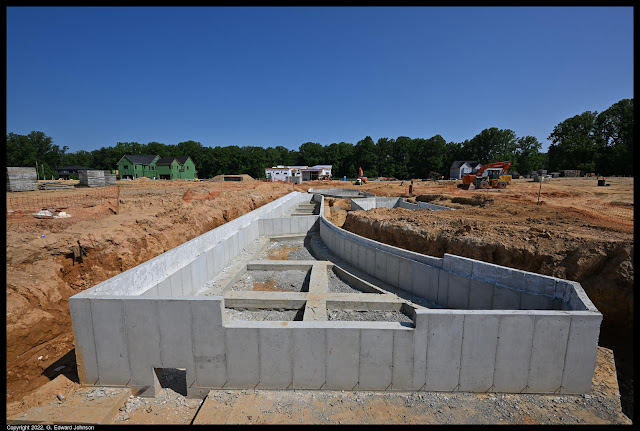 This looks like another water retention area to slow the runoff during a rain storm. 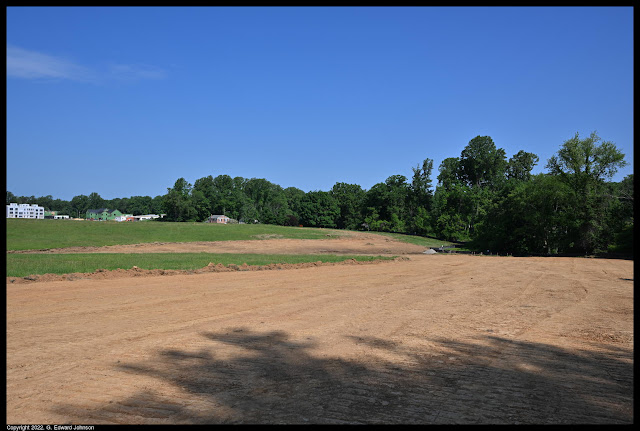 Earlier this month I posted about them putting silt fencing up in another part of the field.  Well, they have started working in that area of the housing development, it looks like they are removing the topsoil now and adding it to the big pile of dirt in the center of the field. This is in the area between Derbyshire Ln and Renita Ln