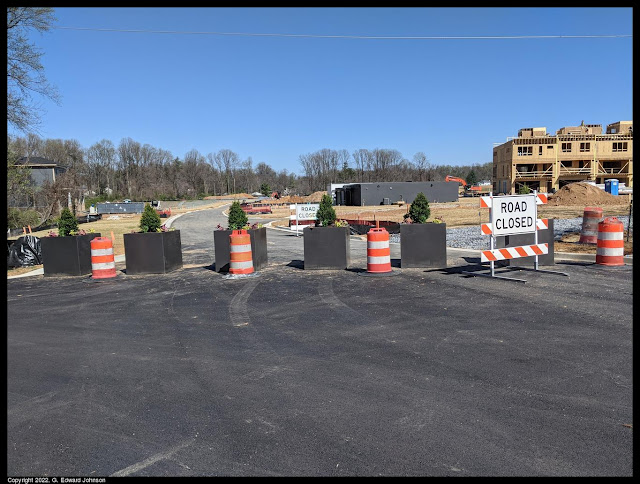 It has been a while since I have posted an update on the Amalyn development, which is the new housing development on the former WMAL transmitter site.  They have been busy so lets get started.

The main road, which is an extension of Grayswood Road to Greentree Road is paved (that was in my last update) and they now have planters blocking you from driving onto it from Greentree.  For a while it was just the barrels and some tape.  They intend to leave it blocked until traffic calming devices are installed on Grayswood. 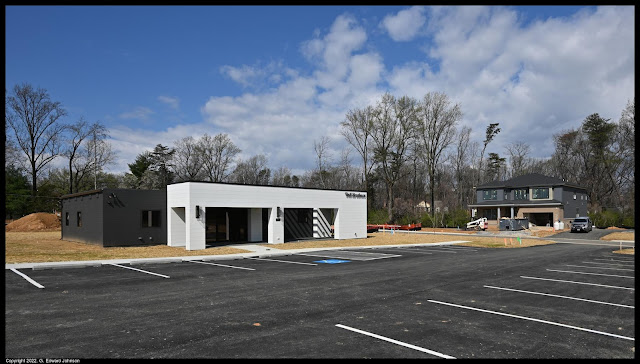 Up until this weekend, the sales office was all dark gray, which made it hard to read the "Toll Brothers" sign on it.  Now thy have painted the front part white.  To the right of it you can see the first house has also been given a dark gray color.  It looks like it is nearly done with drywall up on the inside. 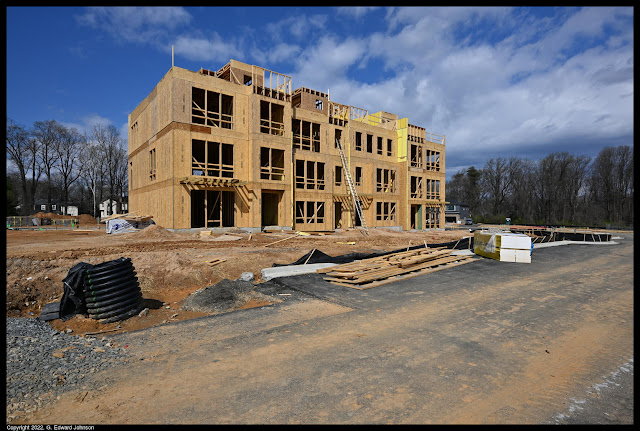 The first set of townhouses are under construction.  They have garages in the back.  I assume these will be the model townhomes.  They are bare plywood right now. 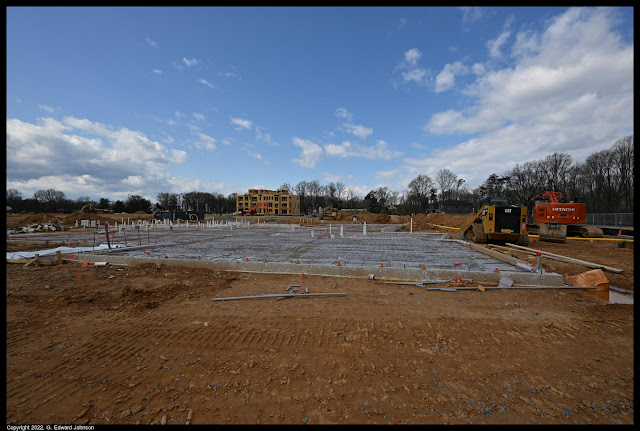 It looks like this isn't for a house since there isn't a basement, and it looks to big to be townhouses.  Maybe it is a commong clubhouse or activity building? 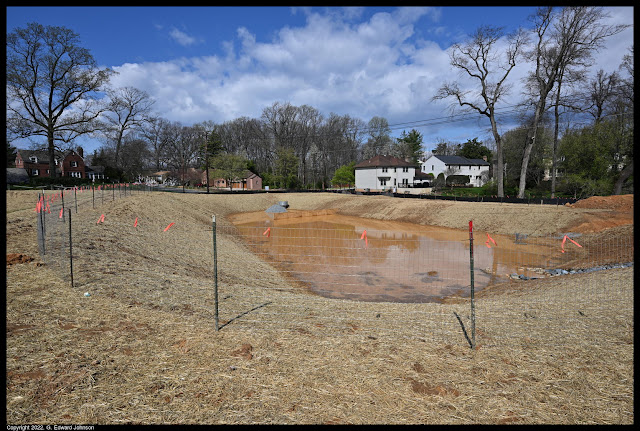 A fairly new water retention pond. This is right at Greentree and Grubby Thicket Way. 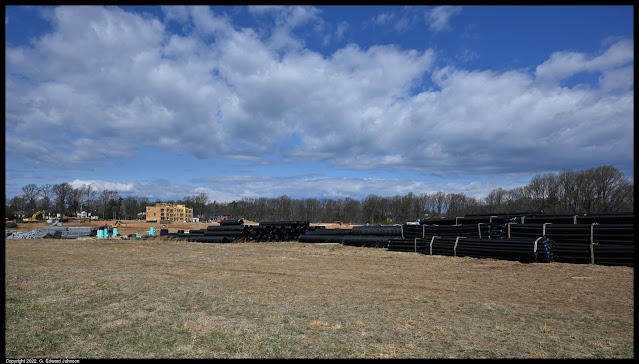 They have been burying a lot of pipes for drainage and it looks like they have a lot more to go.