Fixing the drains at Montgomery and MD-355 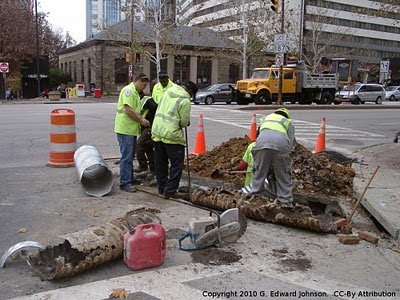 The past few rainstorms have resulted in a huge puddle in the middle of the road on the corner of Wisconsin Avenue and Montgomery Avenue in Bethesda, MD. I wrote about it (and took pictures) back in September. The cause of the problem was a clogged storm drain right at the corner.

The good news is they have started replacing that drain. Yesterday they were pulling out the old pipe and putting in a shiny new pipe. You can see from the picture below that the old one was in really bad shape. It had corroded through in many places and had lots of dirt built up in the bottom.

They only replaced the dozen or so feet closest to the drain, I don't know if they will be back after the holidays to do some more or if they are done. 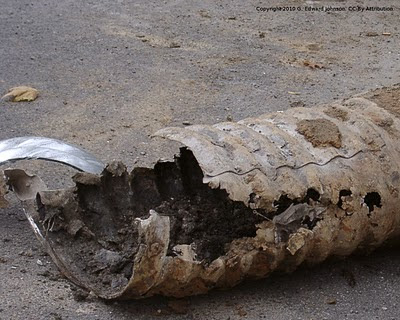