Another accident at the big curve 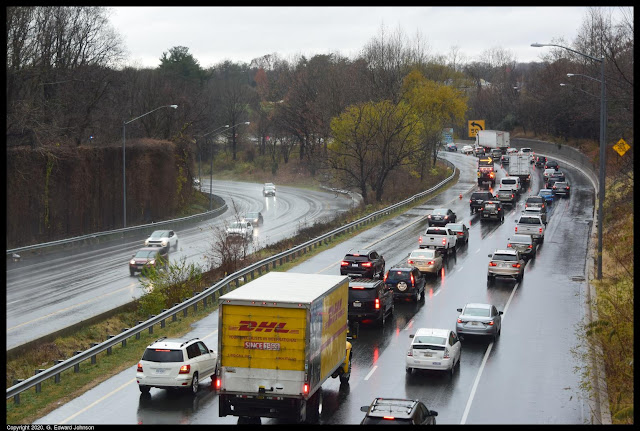 Another rainy day, another accident on the outer loop of Interstate 495 at the "Big Curve" in Bethesda, MD. Traffic is backed up past Old Georgetown Road and the backup continues to grow, even though some lanes do get by. According to WTOP, this happened about 10 minutes until 1pm and the two left lanes are blocked. 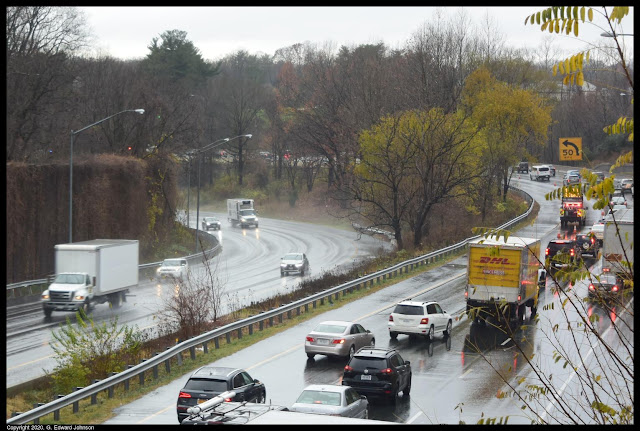 Posted by Edward at 1:16 PM No comments:

Construction closes a portion of the Little Falls trail 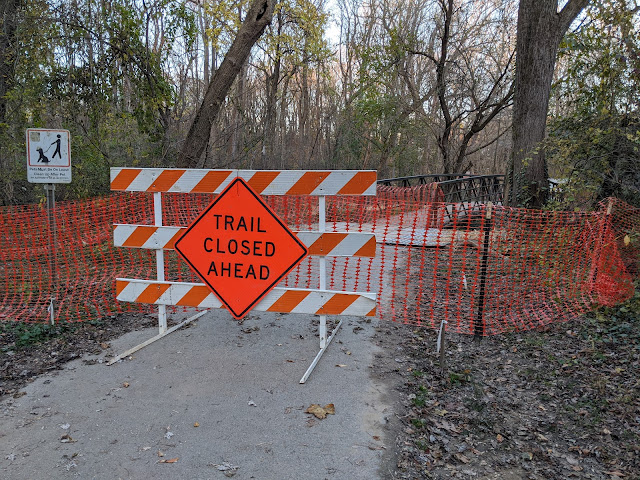 The Little Falls Trail bridge closest to the Dalecarlia tunnel has been closed for some planned improvements.  I posted about this construction back in September, and it has now started.  This bridge (P17-01) is being replaced, the trail in the area will be repaved, and there will be drainage improvements and stream channel stabilization.  More information is available on the county website. 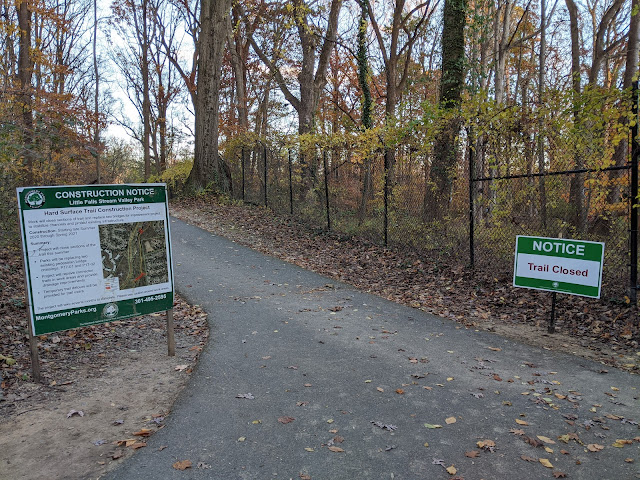 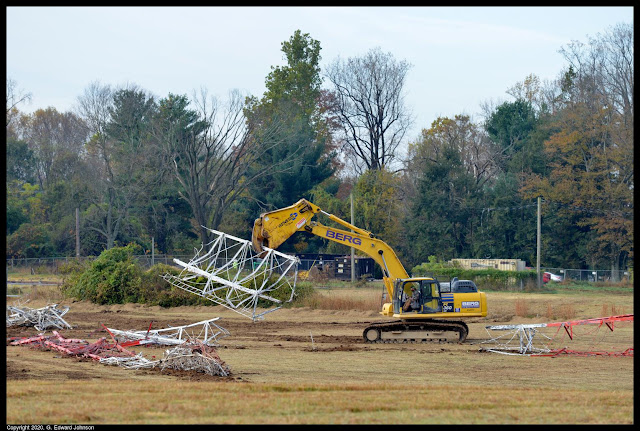 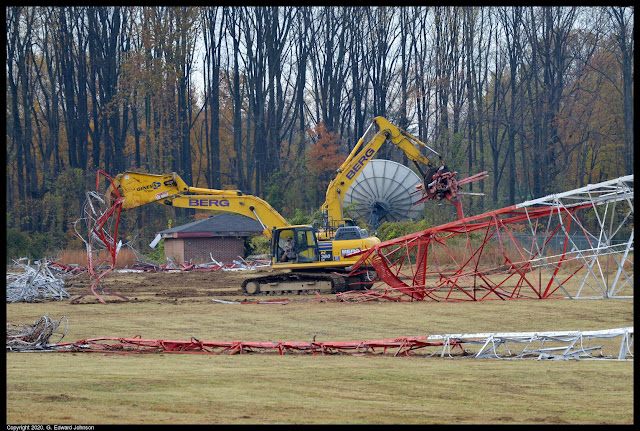 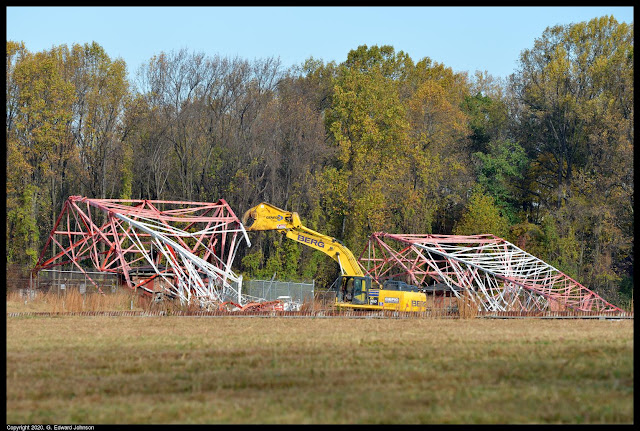 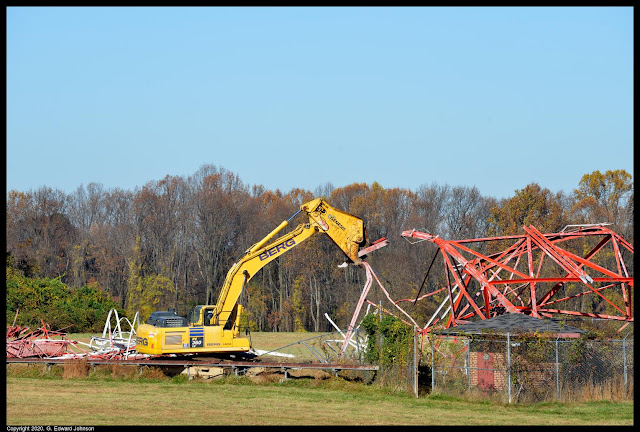 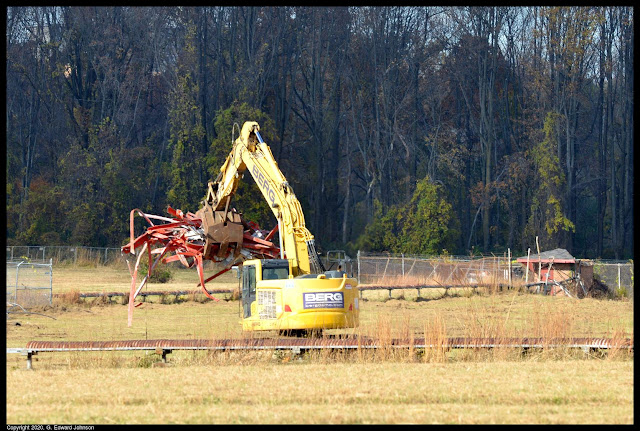 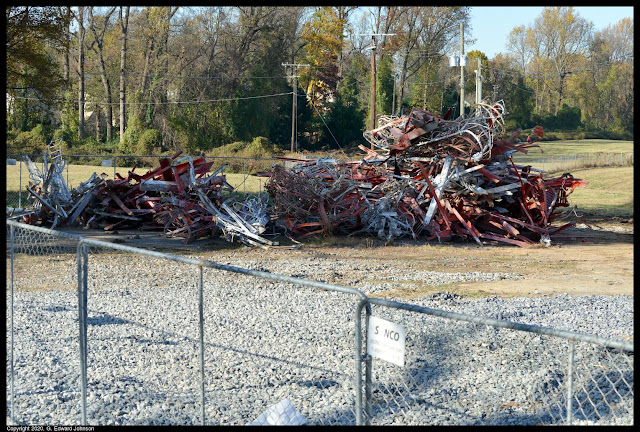 Posted by Edward at 8:25 AM No comments: 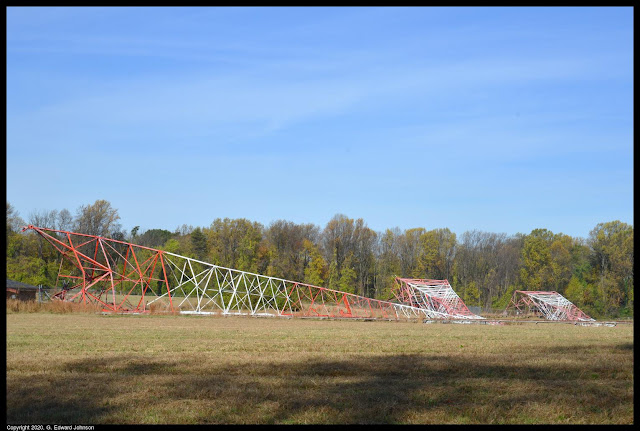 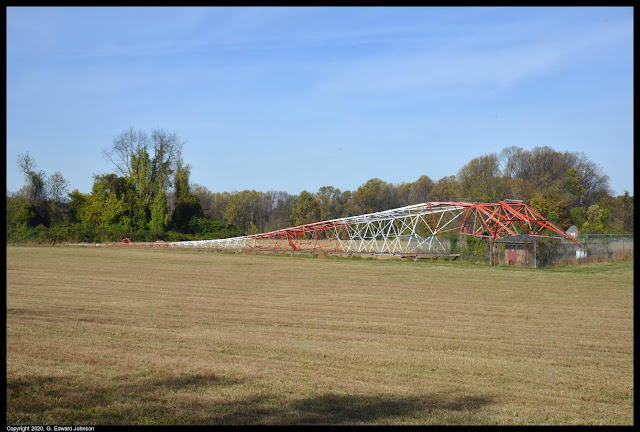 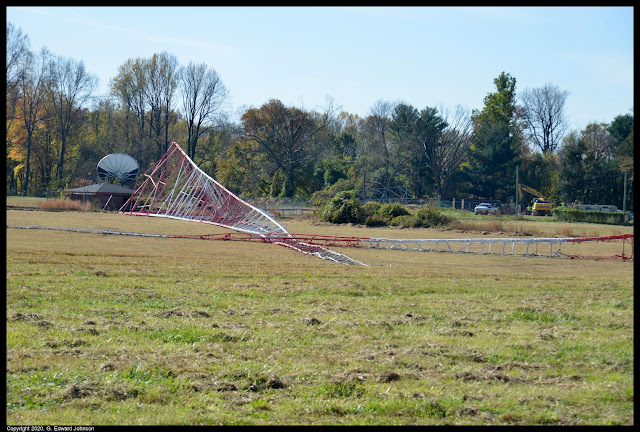 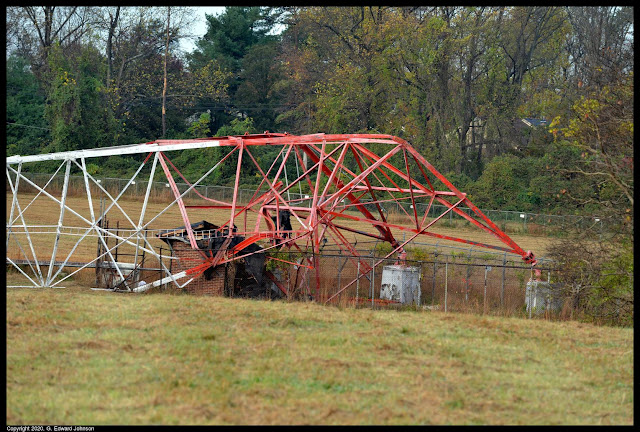 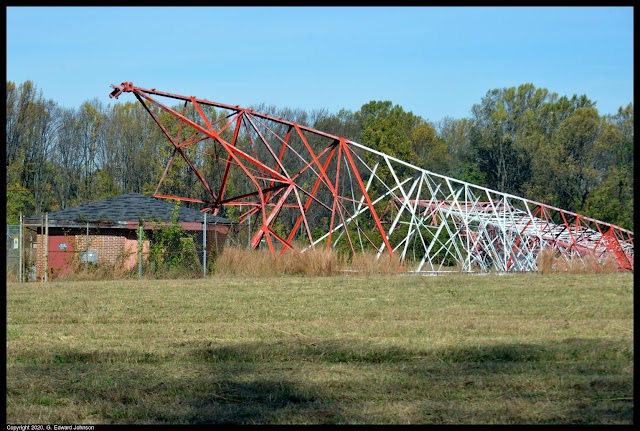 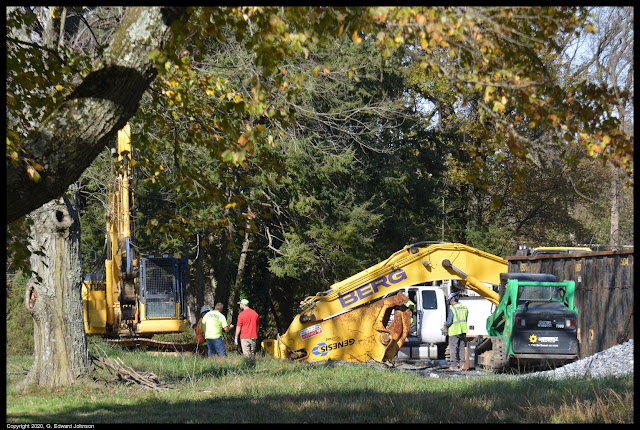 Posted by Edward at 5:57 PM No comments: 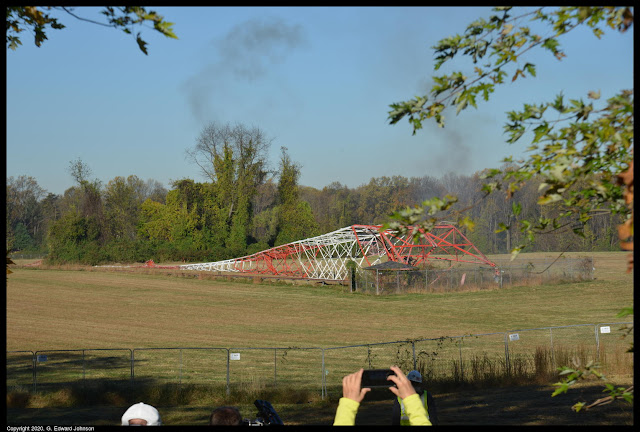 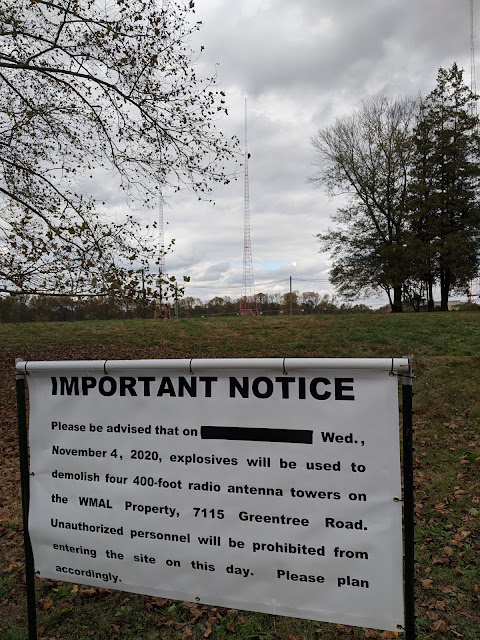 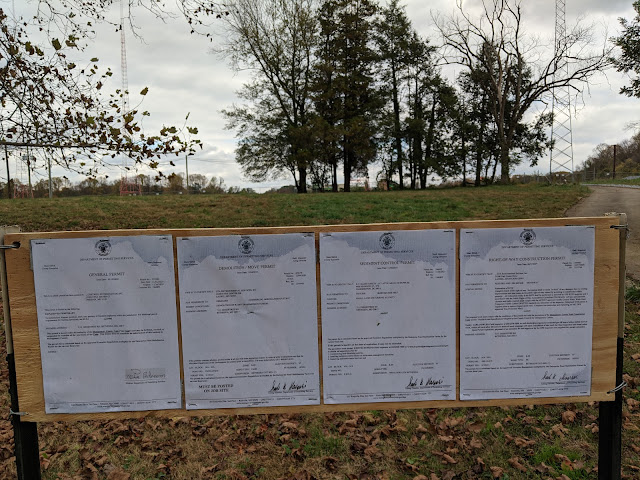 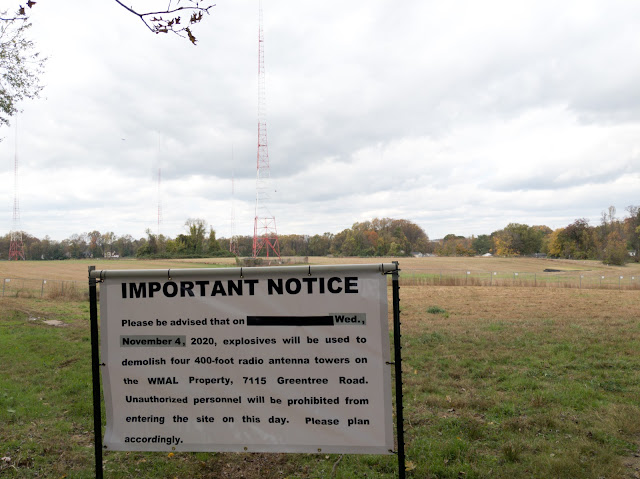 Posted by Edward at 9:38 AM No comments: