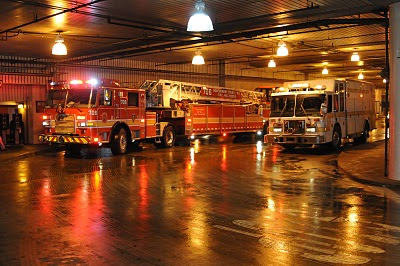 Metro is famous for using vague wording. Currently the are reporting "Track Problems" at Bethesda Metro Station. There are probably a dozen emergency vehicles around the station and they aren't letting people down the escalator. A co-worker of mine reported being smelling smoke in the station. The fire department tends to overreact when things involve metro so it could be minor.
Posted by Edward at 10:37 AM