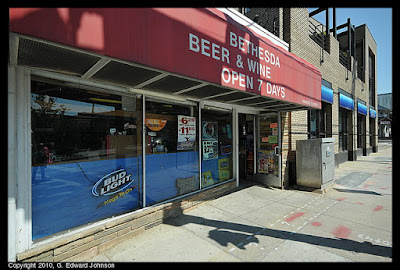 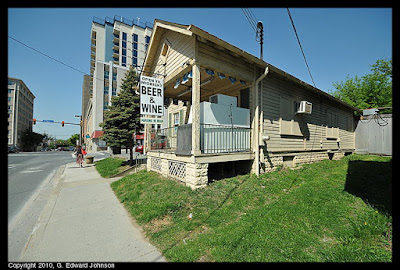 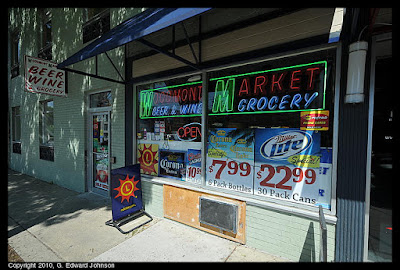 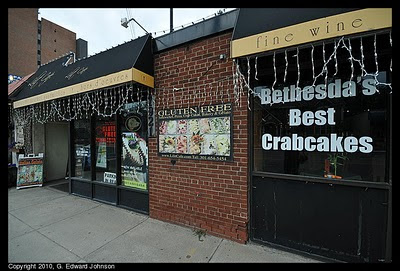 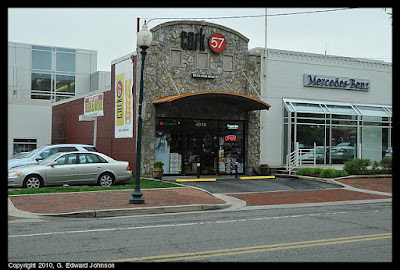 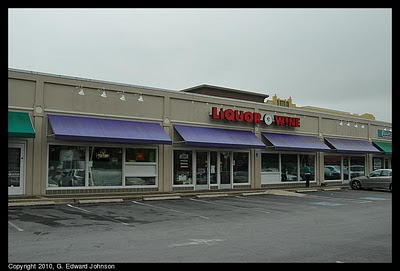 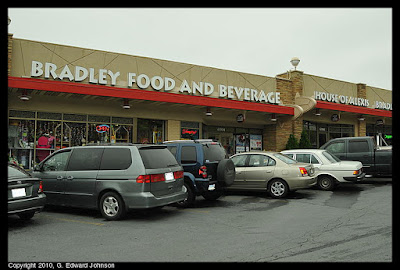 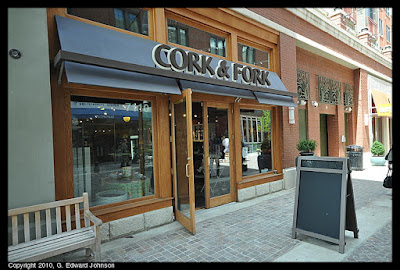 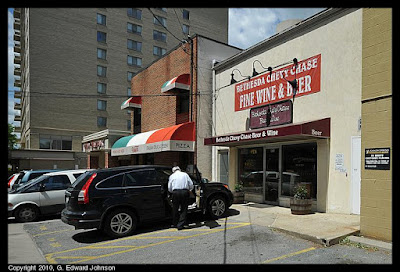 Did I miss any? I sure hope not, but if I did, let me know about them. Do you have a favorite?
Posted by Edward at 3:16 PM 5 comments:

Everybody needs a place to park. 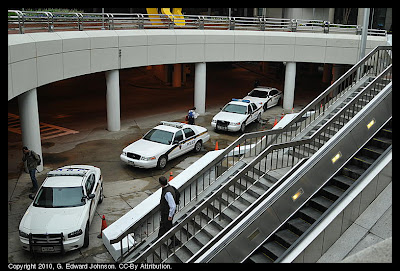 This morning I saw something vaguely unusual, there were four police cars parked in front of the fountain at Bethesda Metro Station. There didn't seem to be a burning emergency as they didn't have their lights on, there weren't any ambulances or fire trucks, and I could see three of the cops conversing near the top of the escalator. Twitter and the WMATA alerts are also quiet so I guess nothing big is going on. I wonder how long they will stay.
Posted by Edward at 8:41 AM No comments: 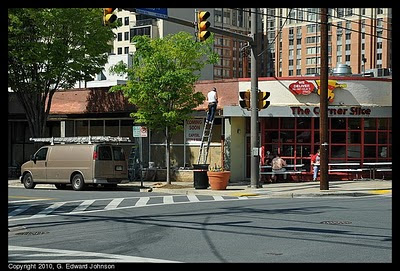 Norfolk Avenue is getting a beer and wine store. I never really noticed, but there isn't a lot of options for getting packaged beer and wine in downtown Bethesda, MD. This will soon change with the coming of Capitol Beer and Wine. It will be located were Limon's Jewelers used to be, right next to the Corner Slice. I saw them busy fixing up the outside of the place last week.
Posted by Edward at 11:45 AM 5 comments: 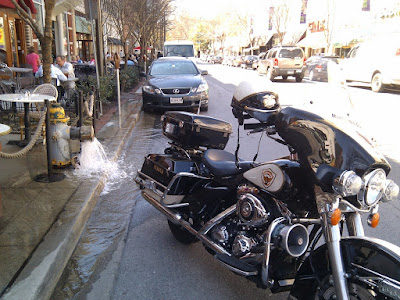 I was walking up Elm Street and saw a lot of water running down the gutter. As I got further along I see they are flushing a fire hydrant out by Mama Lucia's. It is a pretty good stream of water coming through it. It makes me want to put on a bathing suit and splash in the water.