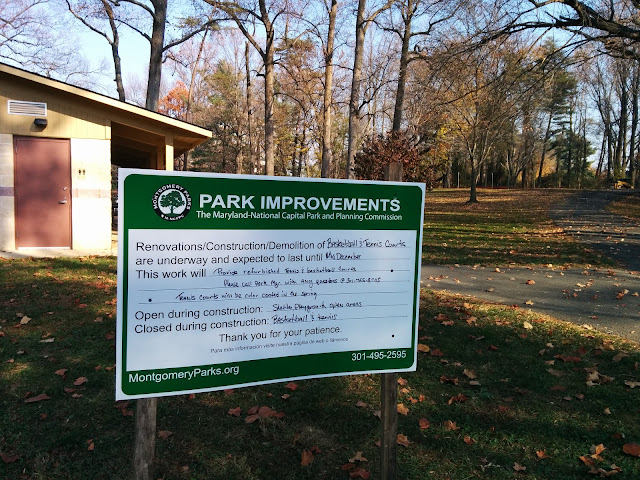 They have started the refurbishment of the tennis courts and basketball courts at Stratton Park in Bethesda.  This is independent of the ADA upgrades I have written about before, but not a coincidence that they are trying to do both around the same time. 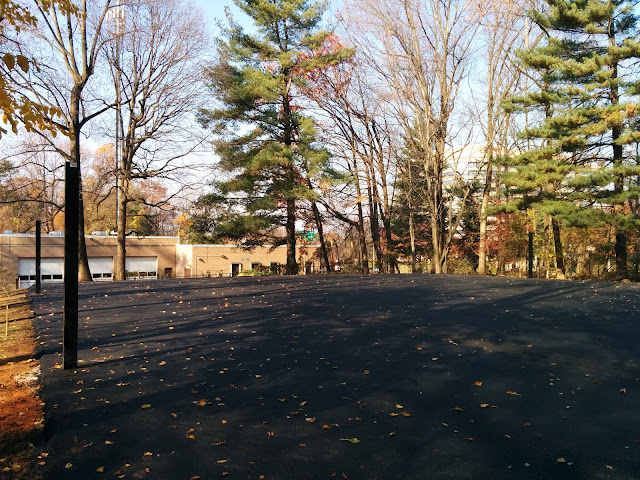 The basketball courts already have a fresh covering of blacktop.  The posts for the hoops are there, but are not complete. 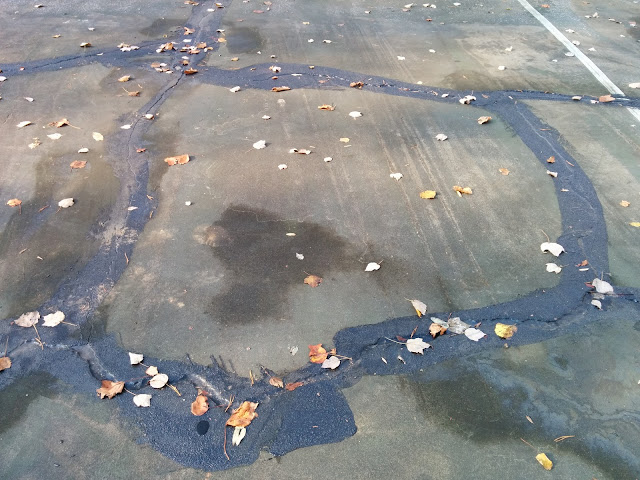 All the cracks in the tennis courts have been filled in with tar.  I guess that means that they aren't going to remove the existing blacktop, but only put a new layer over it. 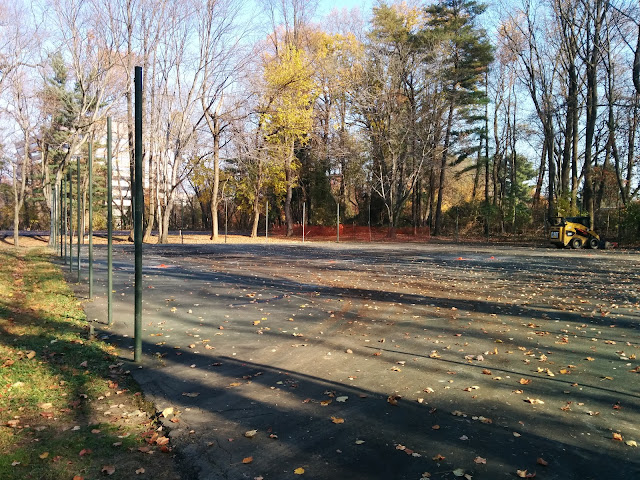 The fence is down, but the poles remain.  The supports for the nets have been cut down as well. 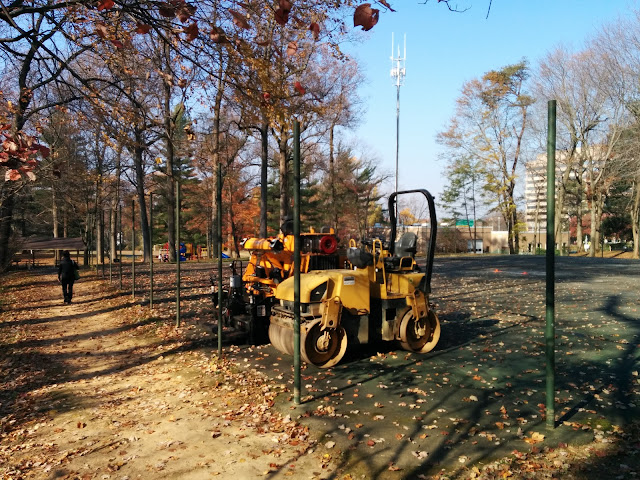 The equipment is on the courts, waiting to be used.