The evening of June 29th started out like most others. Around 10:30 though it changed. Huge gusts of wind blew through Bethesda followed by heavy rains. By the time it was through hundreds of thousands of people were without power and branches and trees had fallen by the hundreds.


I drove around Bethesda on Saturday to see the damage for myself.  Here is some of what I saw: 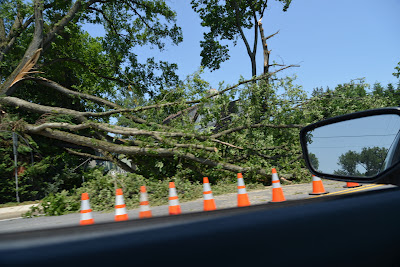 There was a tree blocking the two northbound lanes of Old Georgetown Road.  police had set up cones directing traffic around it in the center turn lane.  As of Sunday afternoon it was still there but there was a highway truck on the scene. 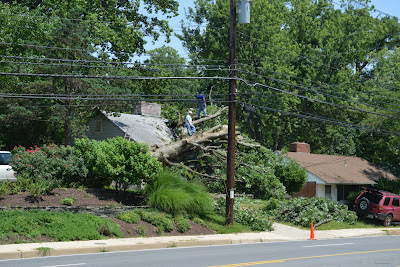 This was probably the worst damage I saw.  A tree had fallen across the front of this house on Old Georgetown Road, smashing through the roof.  I went by again in the evening and the tree had been cleared but you could still see the gaping hole in the roof.  On Sunday the roof was covered with a huge tarp.  I didn't know they made tarps that big. 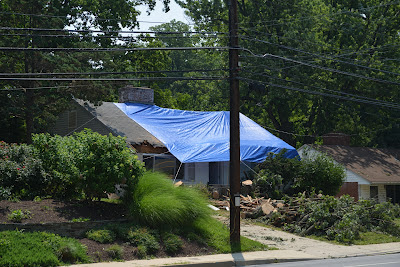 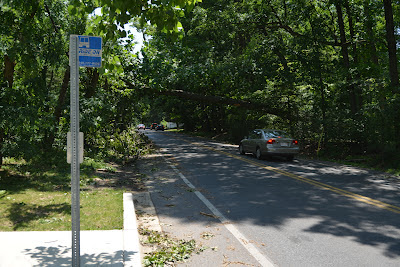 On Fernwood road a tree had fallen, but was high enough up that cars could drive under it in both directions.  While I was there a firetruck drove under it as well.  On Saturday evening the tree was still there, but it was cut down by Sunday at noon.

Right near there,  Fernwood road between Greentree Rd and Bradley Blvd was closed with trees and power lines across it. As of Sunday at noon, still closed. 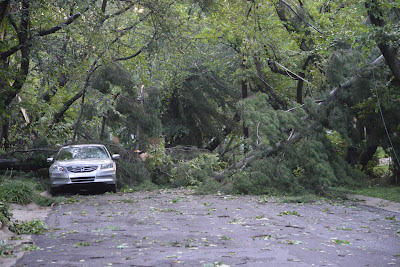 This unfortunate person had two large pine trees break and fall across the road.  One of them crushed the back of their car. 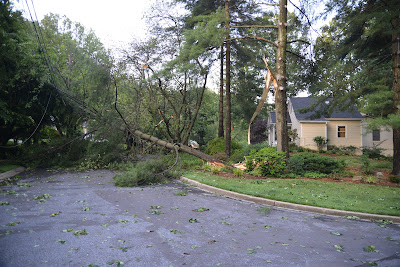 Here is the same road from the other side. 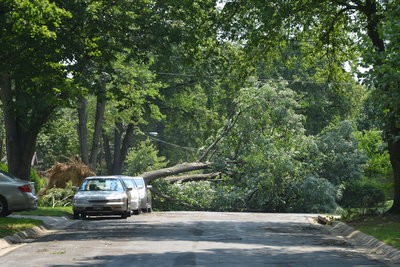 There were too many trees fallen across roads for me to take a picture of them all, but here is a nice example of Stoneham Dr. being blocked by a tree. 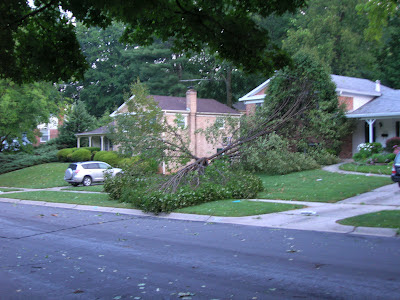 Here's a tree in someone's front yard that had split in half with one half falling one direction (and taking out pwoer lines) and the other half falling another direction.


On Saturday there were only two gas stations open in downtown Bethesda, MD.  There were really long lines at both.  By Sunday at least one of them was out of gas, so if you need gas for your car or generator don't expect to find it in the downtown area.

Many traffic lights are still out in and around Bethesda.  Notably, Arlington Rd and Bradley Blvd as well as the five way intersection at Old Georgetown Rd, Arlignton Rd, Wilson Ln, and St Elmo Ave.