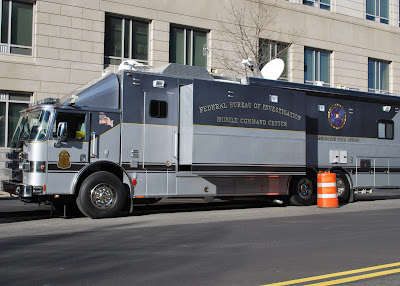 The FBI is, of course, doing some work to keep us safe at the inauguration. They even have a press release about it with some pictures of the equipment they are bringing. Mostly bomb related stuff, bomb unit, bomb holder, bomb resistant vehicles. One thing I found odd though was that they are bringing their "Mobile Command Center" even though their main headquarters is on the parade route. Why do they need a mobile command center when they have one a hundred times larger only a block away?