You can see there are still a lot of areas that are dug up, they aren't finished yet.  This picture is looking West along Cedar Lane, both sides of the street are still not finished.

This has been tying up traffic for years now, who knows if it will still be under construction this time  next year.

Here is the same intersection last summer (June 16th, 2015). At that time, some of the Northbound lanes of Rockville Pike were closed and they were working on encasing the stream in some nice, safe concrete.

Here is the intersection again, this time on June 20, 2014.  Yes, that means this is the third summer they have been working on this project.  During this time, Cedar Lane east of Rockville Pike was closed.

Posted by Edward at 7:55 AM No comments: 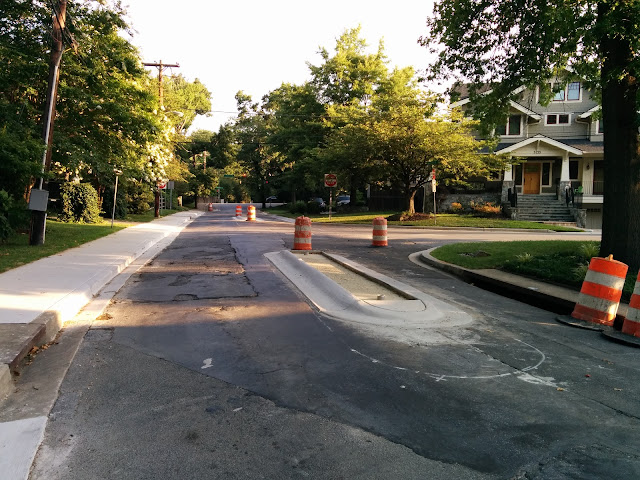 Glenbrook Road, between Bradley Blvd and Little Falls Parkway is getting some changes to slow traffic down.  Three types of traffic calming structures are in the process of being added.  In the top picture you can see two oval structures in the middle of the road, forcing traffic into a single, normal width travel lane and leaving a large but not quite lane width area of the street on the other side (perhaps for a bike lane?). 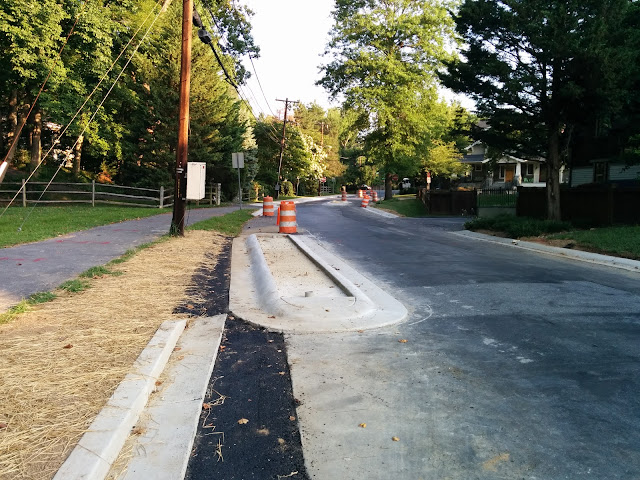 At the beginning and end of the street there are the same oval structures, but they are much closer to the curb, preventing cars from taking a straight line path down the street, and leaving just enough space for drainage between them and the side of the road. 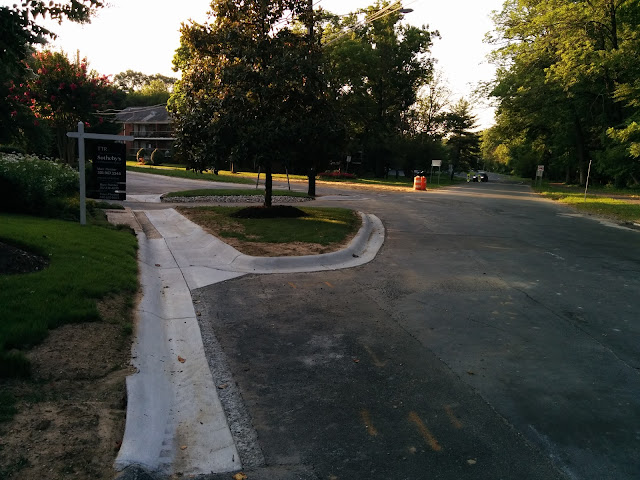 Finally, at the end of the street, the intersection of Glenbrook, Little Falls, and Fairfax Rd has been modified.
Posted by Edward at 6:30 PM No comments: 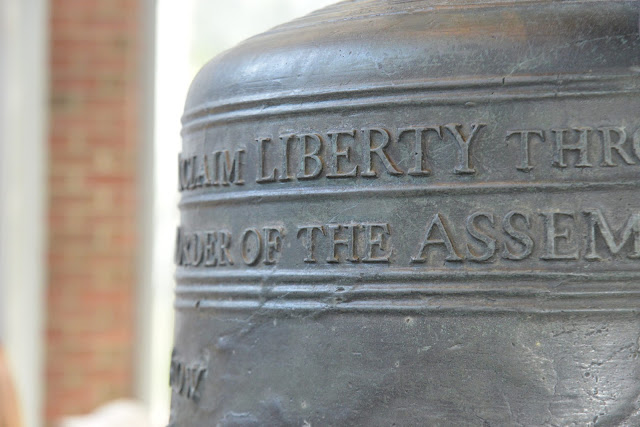 Posted by Edward at 1:00 PM No comments: