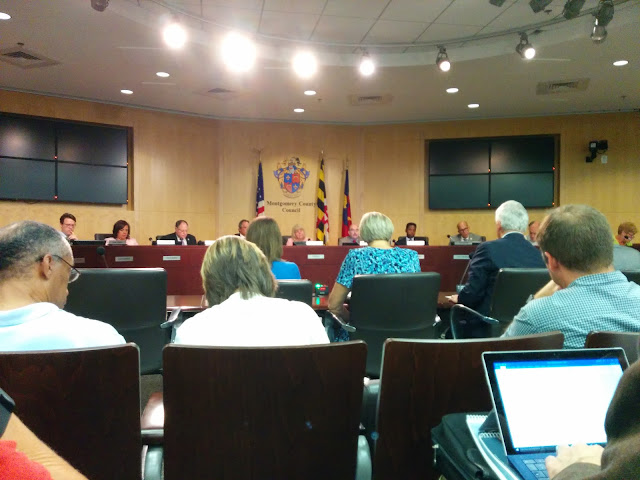 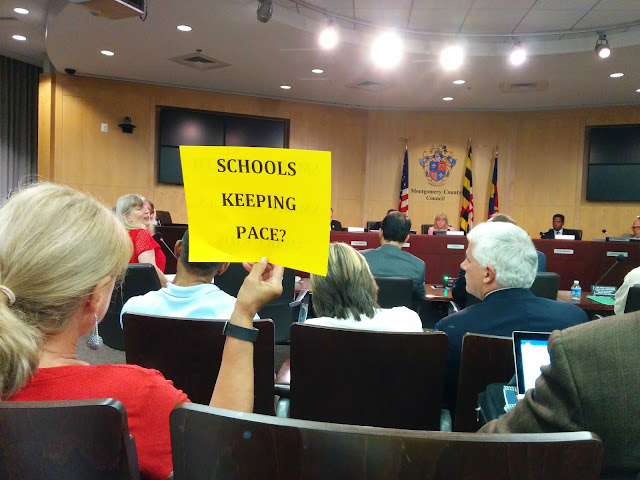 The final group were from the areas surrounding downtown Bethesda.  They want the traffic tests and impact taxes to remain in metro station areas (such as the Bethesda central business district) and point out that many of the new occupants will drive, emergency services will still be needed, and trucks will need to make deliveries to the new buildings.  They also note that impact fees collected because of road congestion can be used to improve transit, walkability, and bicycle access.
Posted by Edward at 7:52 AM