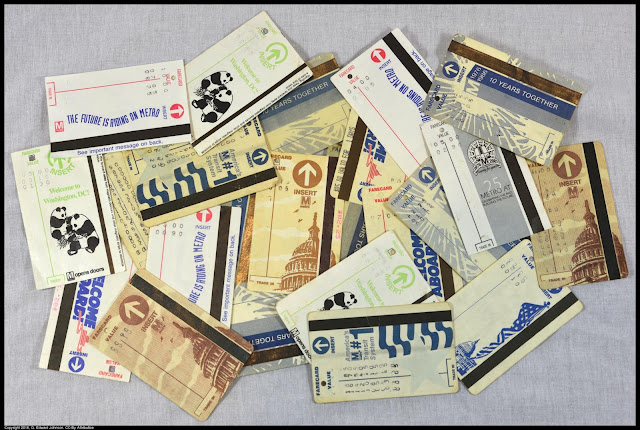 As of this Sunday, March 6th, metro will stop accepting paper farecards for for travel within the metrorail system.  Metro has been preparing for this change for a while, and all the blue fare machines in metro stations have been dispensing smart trip cards instead of paper farecards since last December.

If you have a paper farecard (or a pile of them) you can still turn them in until June 30th and add the value to a smart trip card at any brown fare machine at a metro station (the blue ones don't have a spot to accept paper farecards).  I tried it out earlier this week and had about a 50% success rate with the cards I had.  (Admittedly though, some of my farecards are pretty old.) You can also take them to any Metro sales office.  For more information see the Metro press release.