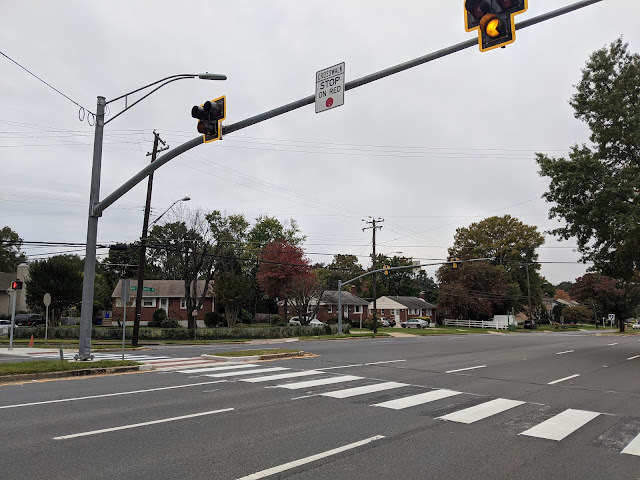 I noticed that the new  HAWK beacons are now active along Democracy Blvd near Walter Johnson High School.  HAWK beacons are normally dark, but when activated by a pedestrian, they turn yellow, then red.  This provides a safe opportunity for people to cross the street. 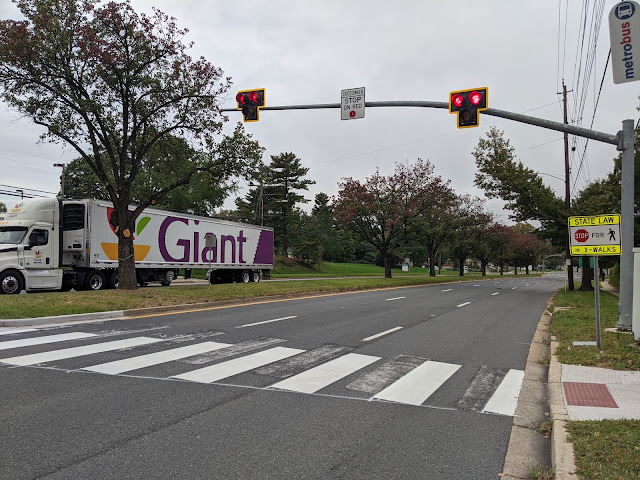 This is a very important place to have them since (in normal years when children actually go to school buildings) many kids cross this busy street on their way to and from school.  They also make it easier to walk from the neighborhood to the Giant Food store and other shops at Georgetown Square. These signals are a big improvement over the old flashing yellow crosswalk signals since those were always active even when no one was around.  These only activate when a person pushes the button for the walk signal. 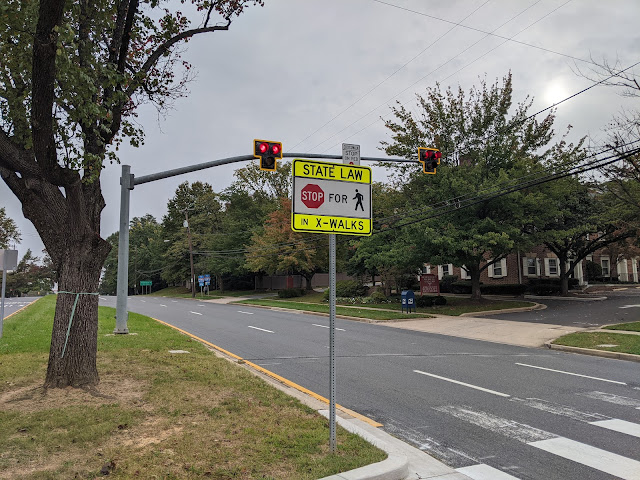 There are two of them, one for each of the two crosswalks that flank Davis Library.  When activated you have 30 seconds to cross the street, which is more than enough time for most people to cross.

Posted by Edward at 7:57 AM No comments:

In yesterday's post I talked about how many Monarch Butterfly caterpillars I had this summer and how they kept disappearing.  Not all of them did, however. One day I came out to find a caterpillar hanging upside down from a leaf, looking mostly dead.  After a day of that, it turned into this beautiful green chrysalis.  I looked around on the web and found out that they stay in this stage for a little over two weeks.  I'd check on it every few days, but after about two and a half weeks I was getting concerned.

Then, a couple of days ago, I found that the chrysalis was semi-transparent and you could see the butterfly's wings through it.  This was encouraging, but as I kept checking it, it seemed to darken and no butterfly was emerging.  The next day I was away from the house, but when I came home...

The chrysalis was just an empty shell.  The Monarch Butterfly had emerged!  I started looking all around to see if I could find it.

After a short hunt, I saw it on a plant.  As I got closer it tried to fly away, but it couldn't, so it kind of glided to the ground and sat there, wings shaking a bit.  I left it a while and when I looked again it had made it back to a plant and appeared to be sleeping with it's wings folded. 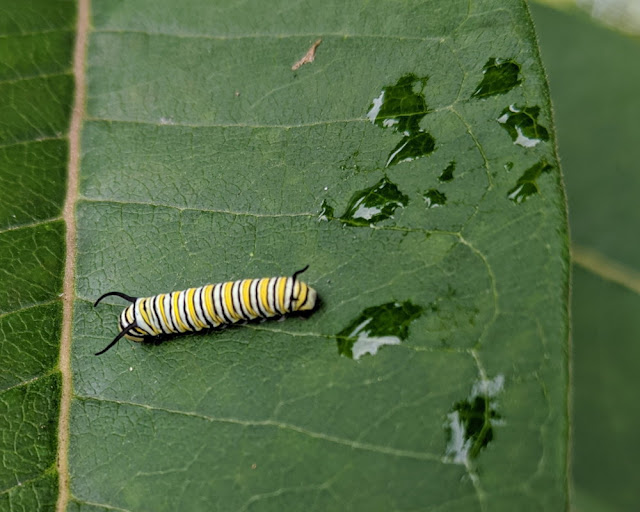 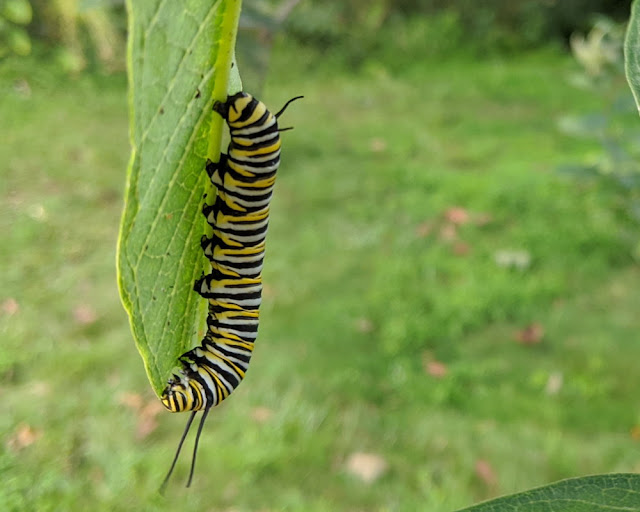 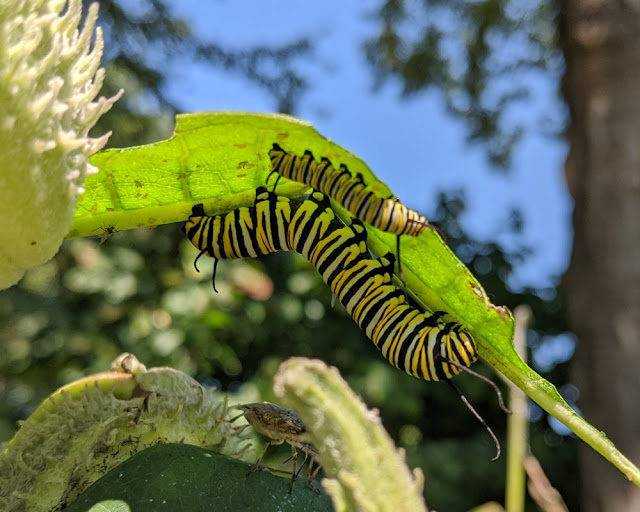 Posted by Edward at 6:25 PM No comments: