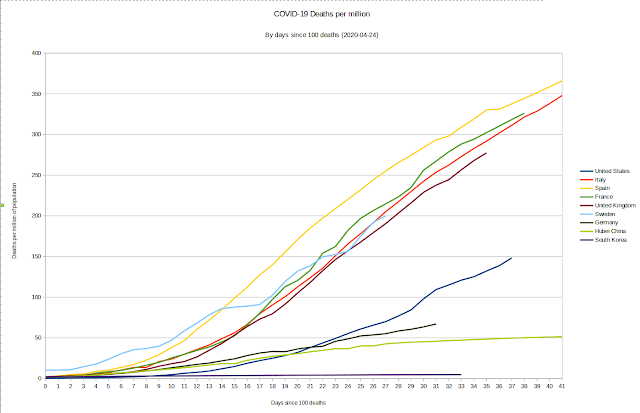 Posted by Edward at 9:46 AM No comments:

Another trip to the grocery store 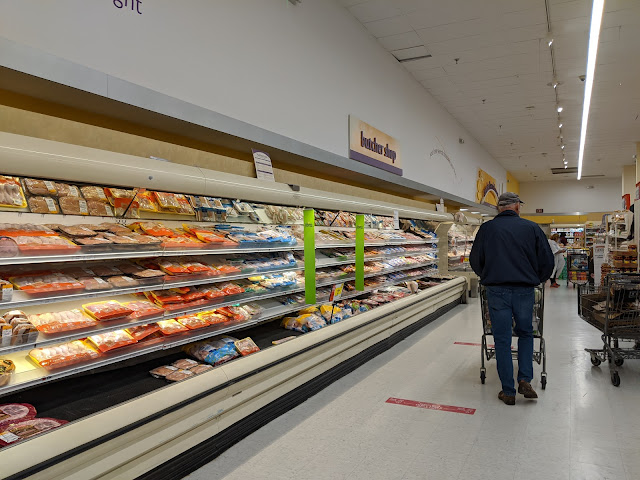 Recently it seems like my biggest adventure has been going to the grocery store.  I never know what I'll find.  This week was no exception.  After reading a bunch of news articles and based on past weeks, I wasn't expecting much meat, however, they were fully stocked.  They had plenty of chicken, pork, and beef. 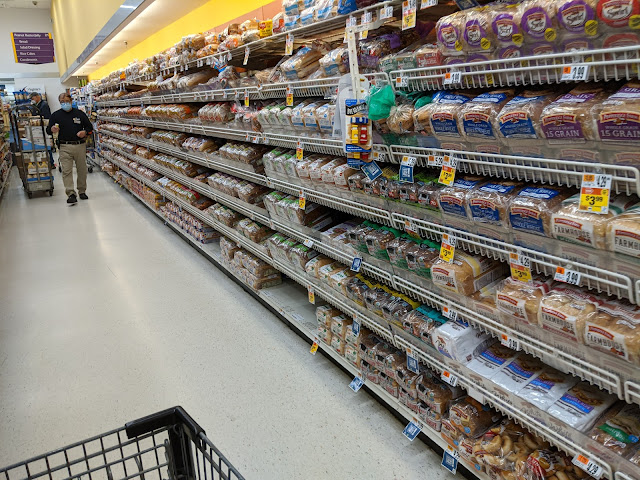 Other things that were plentiful were fresh vegetables, milk, yogurt and bread. 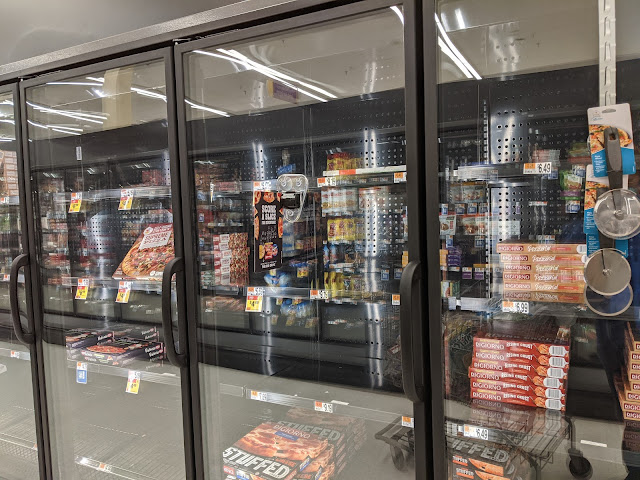 A bunch of things had limited variety but were readily available, such as frozen pizza, ice cream, pasta/sauce, baking mixes, and frozen fruit.  There was also sufficient rice, but I didn't see brown rice. 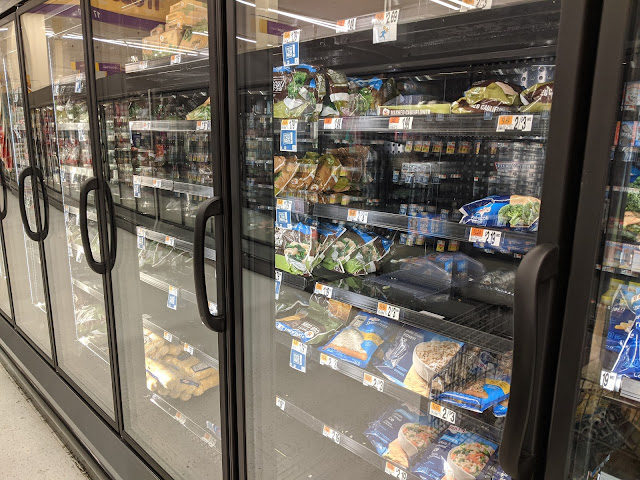 The stock of frozen vegetables has been slowly dwindling and remains available but maybe not the brands and varieties you want.

As time stretches on, new things are being added to the limited supply list.  Canned soup and boxed meals such as mac & cheese and pasta mixes are more limited than they were in past weeks. 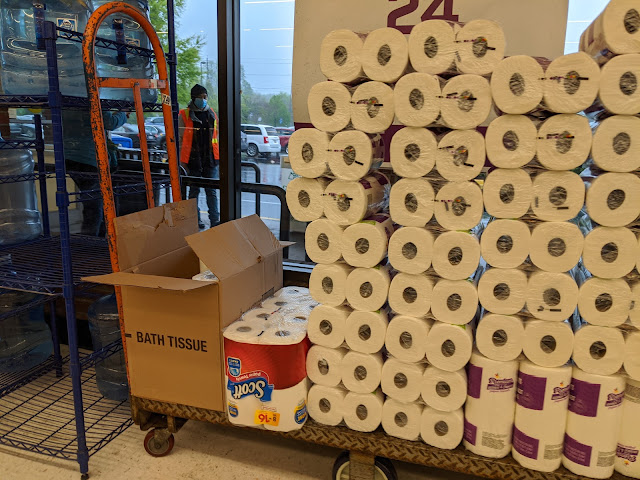 This week I saw toilet paper for the first time in about a month.  There wasn't a whole lot of it, and it was at the front of the store, not in the normal aisle, but it was there. 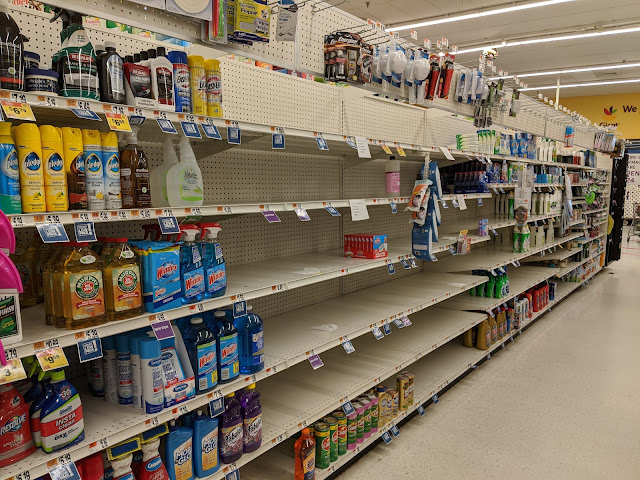 There is some things that are totally unavailable.  I didn't see any antibacterial cleaners or paper towels.  There also wasn't any flour for baking (but there was sugar).  One out of stock item that surprised me was tofu, there wasn't any of that. 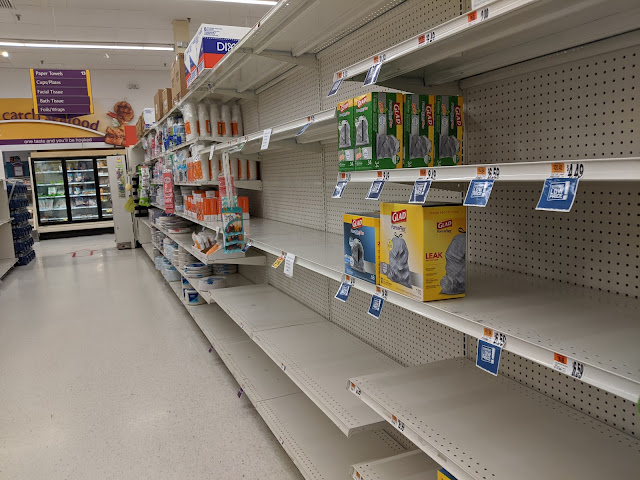 Also of note: More people are following the directional arrows on the aisle.  They are hard to get used to and once I went down an aisle the wrong way.  I got about 15 feet down when an employee stopped me and asked me to go around the other direction. 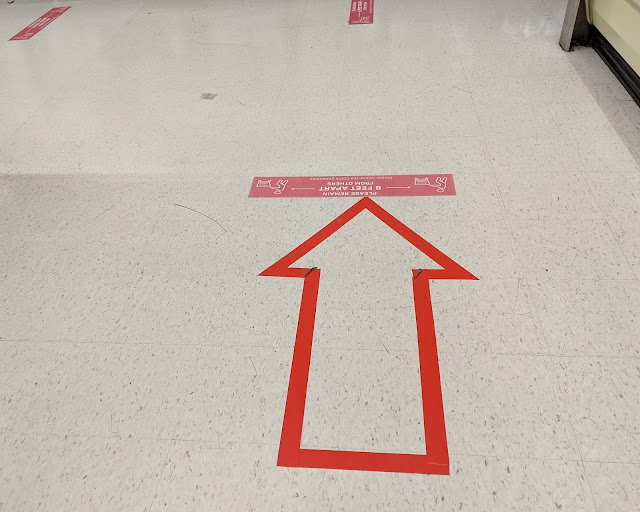 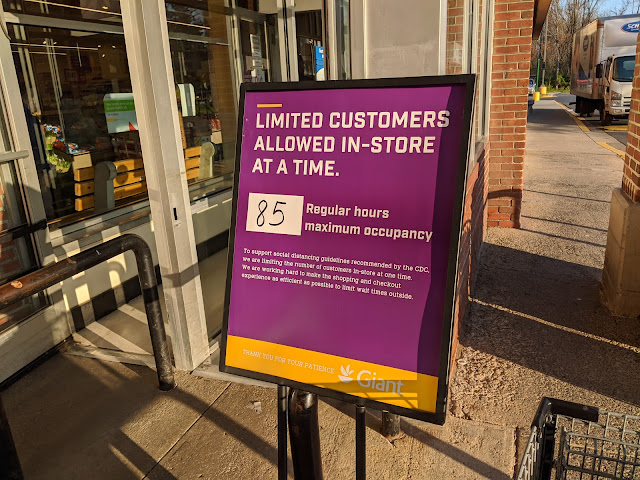 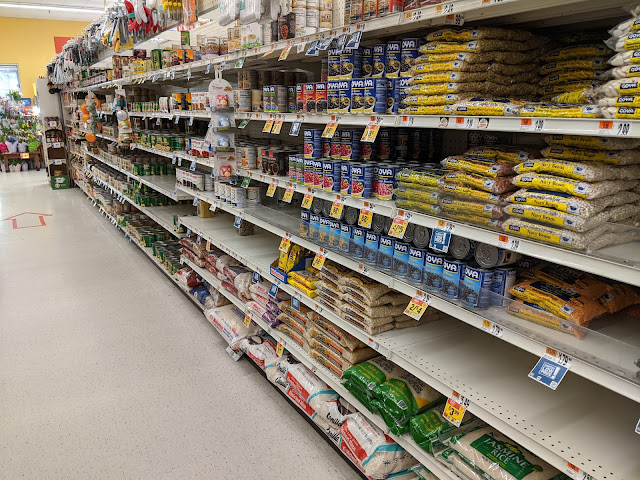 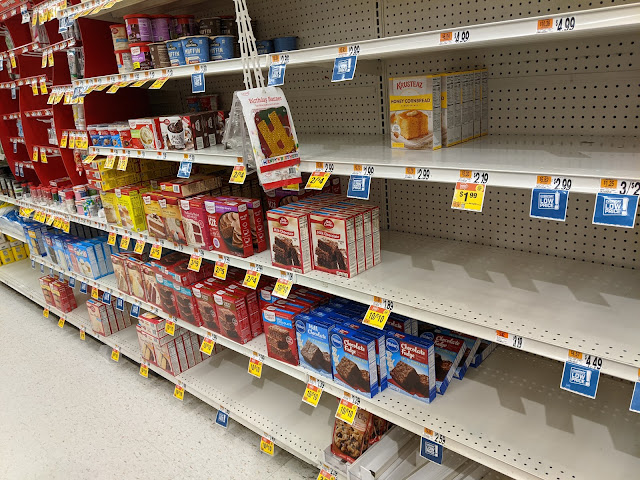 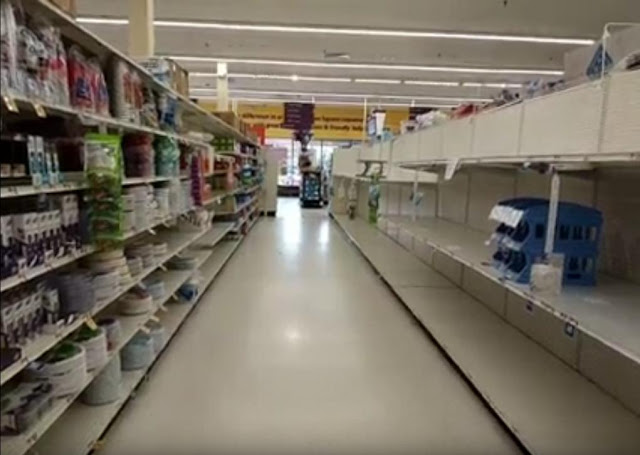 Some flowers to brighten your day 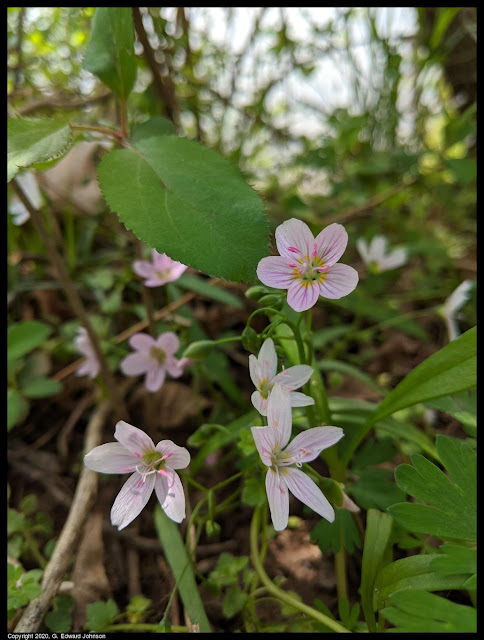 Over the weekend I went for a walk on the C&O Canal. Spring is in full bloom and I saw many beautiful flowers growing along the tow path.  here are a few of them. 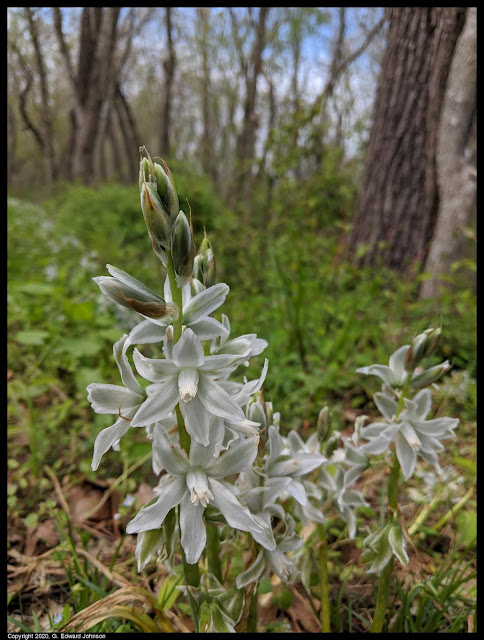 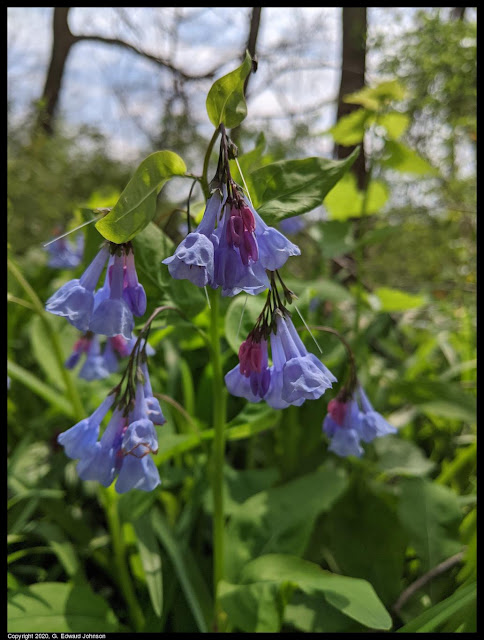 Posted by Edward at 8:52 AM No comments: 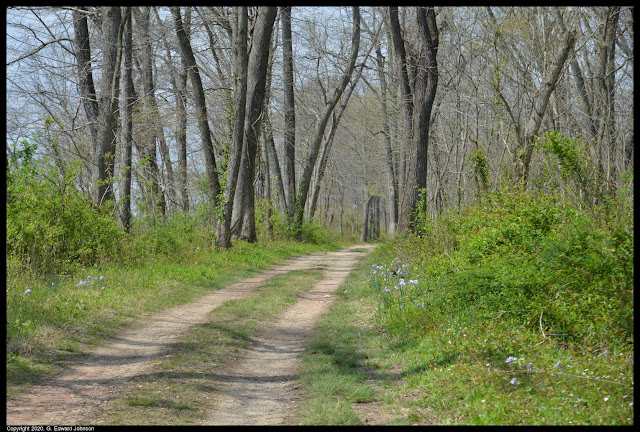 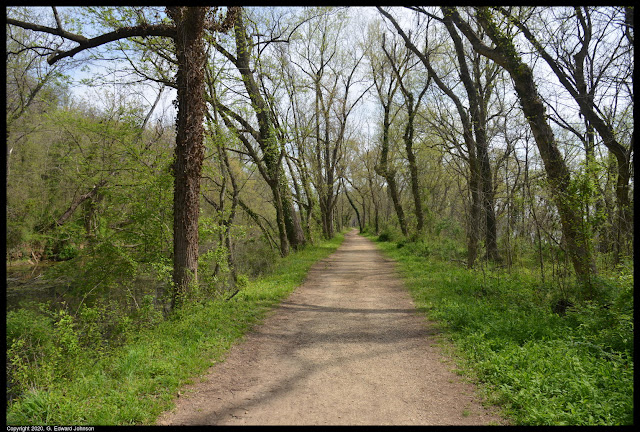 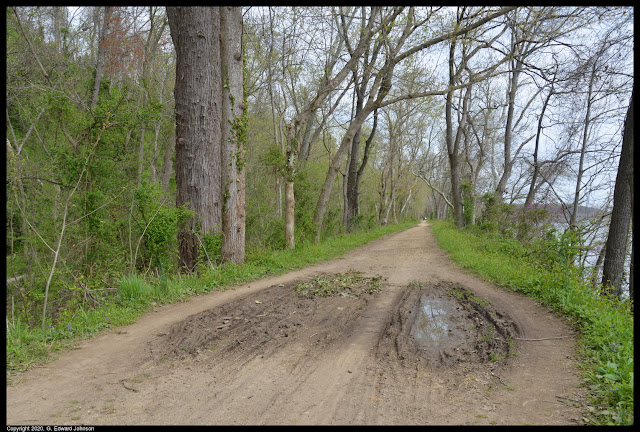 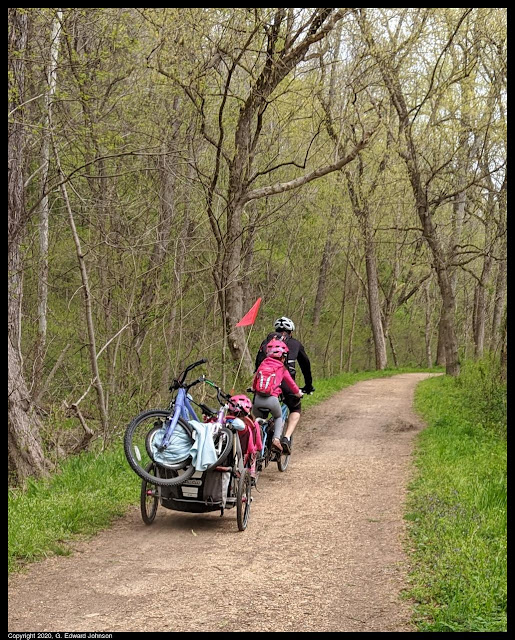 Posted by Edward at 8:39 AM No comments: