Last night there was another Rock Spring planning meeting at Walter Johnson High School in Bethesda.

The start of the meeting was a quick recap of what was covered at prior Rock Spring planning meetings, possible future development in the area, and a review of the recomendations of the Urban Land Institute Technical Assistance Panel (ULI TAP) which looked at the high office vacancy rate in the Rock Spring and White Flint 2/Executive Boulevard areas.  After that there was a presentation on planning ideas for Rock Spring, Breakout sessions where people at the meeting could talk with planners, and finally, report outs from each of the breakout sessions. 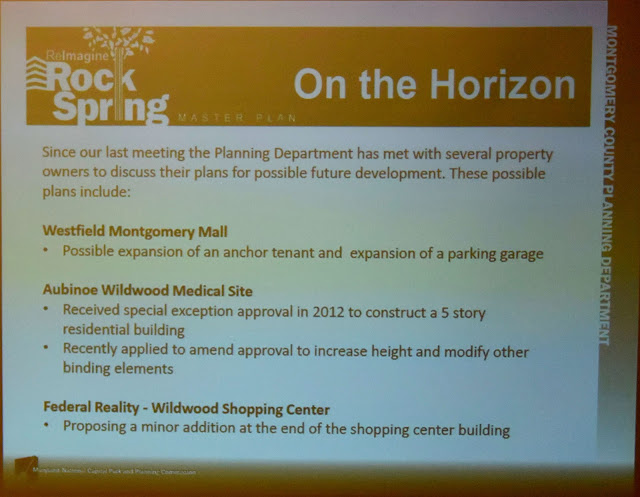 Since the last planning meeting, the planning board met with several property owners to discuss their plans for possible future development.  These plans include:

The planning department requested the Urban Land Institutes (ULI) assistance to look at the office vacancy in Rock Spring and White Flint 2/Executive Boulevard.  They only focused within the boundaries of Rock Spring, they weren't looking holistically at the area and were looking for ways to decrease the office vacancy rate by changes to the areas

The full presentation that resulted from the ULI TAP workshop is available on the planning website.  The parts related to Rock Spring are on pages 54-69 of the powerpoint (which is actually a PDF)

Mike Bello (the planning departments lead urban designer) then gave a presentation on the status of the rock spring plan and ideas they are considering. 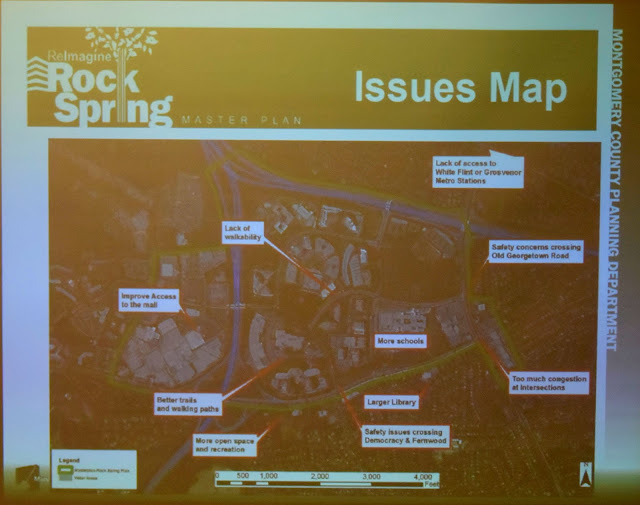 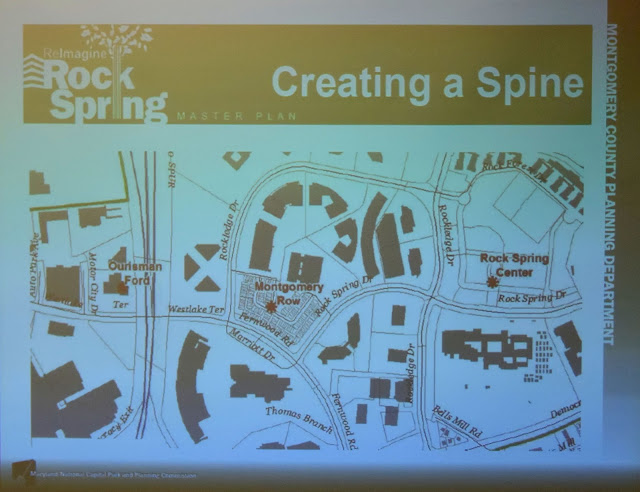 Mike brought forward the idea of "creating a spine" of rock spring running from the mall, across the bridge, down Fernwood road, then down Rock Spring drive, along the proposed BRT route. 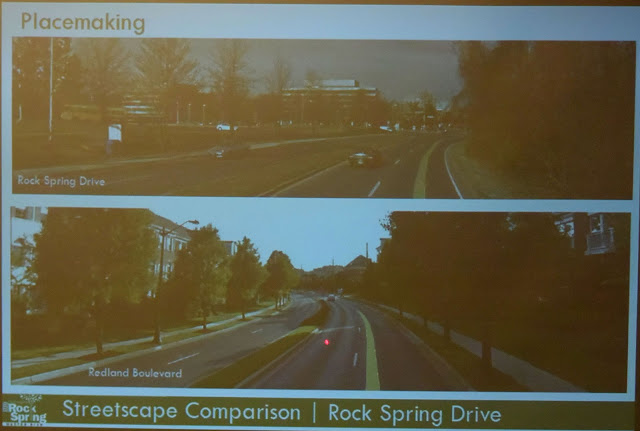 Mike went over the current profile of the various major roads in the Rock Spring area, then showed how some similarly sized roads in other parts of the county were laid out.  The above picture compares Rock Spring Drive to Redland Boulevard.  Both are roads with two lanes in each direction. 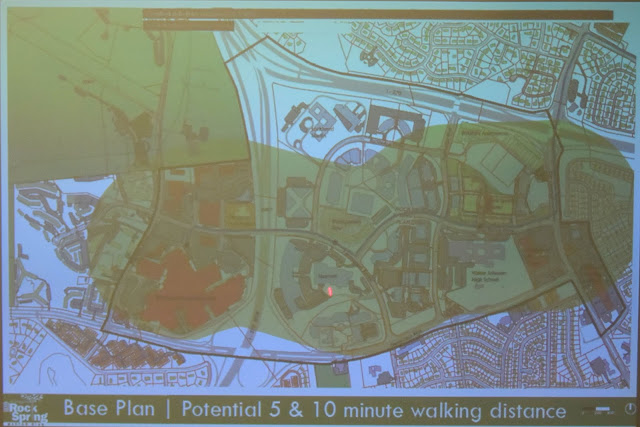 One thing I have learned is that planners are obsessed with adding the word "shed" after everything.  Watershed and Viewshed I had heard before, but Walkshed was new to me.  It includes all the area that are within a ten minute walk of a place.  The goal is to increase the number of places that you can reasonably walk to (increase the walkshed) by improving pedestrain connectivity options.  (I suppose this means there is the term "bikeshed" and it doesn't mean a place you store bikes.)

After the presention, there were breakout sessions so those in attendance could talk tot he planning department on areas of interest.  The meeting closed with each of the four groups reporting out what they talked about. 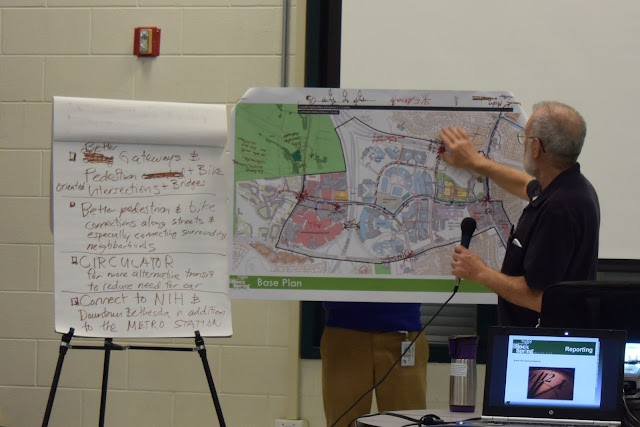 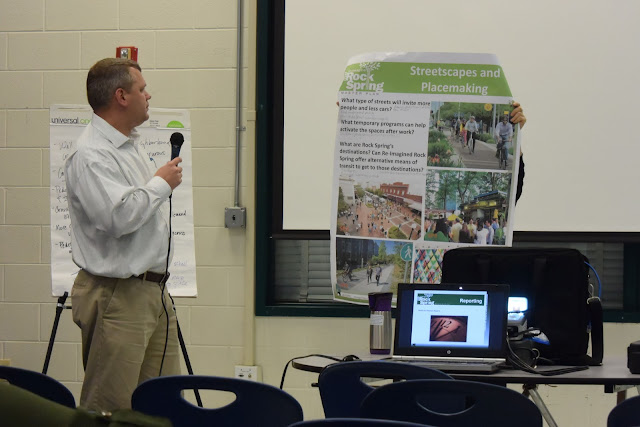 The next Rock Spring Master Plan Meeting will be 7pm  January 28, 2016 at Walter Johnson High School.