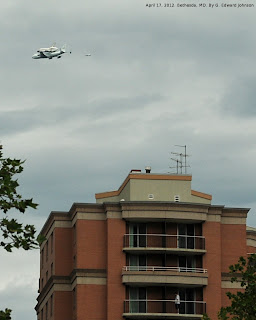 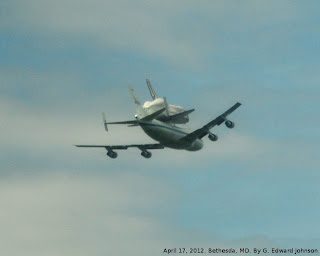 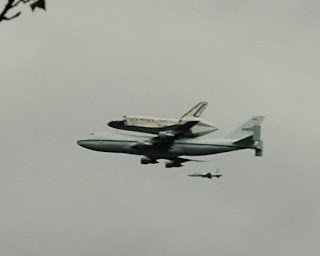 Here is a picture from the second pass, about 20 minutes later. The shuttle was only about 1,500 feet above the ground, and it looks like it flew over the southern part of Bethesda Navel Medical.
Posted by Edward at 2:52 PM